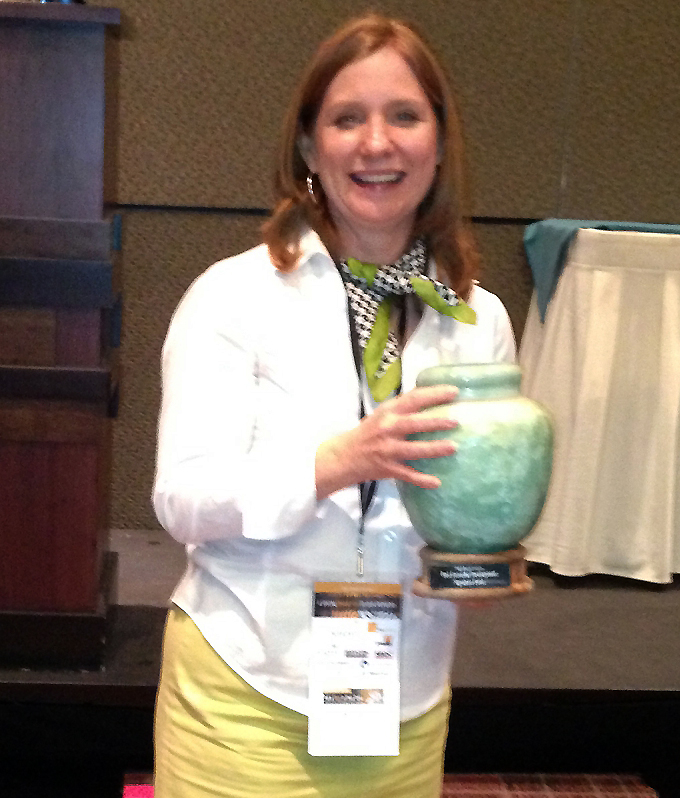 RDC News:
ESPANOLA – The Northern New Mexico 2020 Campaign was introduced in 2012 as an effort to develop at least 20 high growth businesses in the region by the year 2020.
The partnership among communities and business support organizations brought attention to key employers in the area who are changing the face of the Northern New Mexico economy.
Last year’s award ceremony took place on October 4, 2012 in Santa Fe and honored eight area businesses as the first round of recipients in this campaign. The event was well attended by public policymakers, elected officials, business leaders and members of the business support community. It was nominated and won the category of Best Signature Event in the 2013 Rural Forum Eddy Awards presented by the New Mexico Rural Alliance. The award was accepted by Kathy Keith, executive director of the Regional Development Corporation (RDC), Aug. 6 at the Rural Forum held in Los Lunas.
The Rural Alliance administers these Eddy marketing awards annually in five categories: Best Economic Development Achievement, Best Marketing Campaign, Best Social Media/Inbound Marketing Campaign, Best Marketing Collateral and Best Signature Event.
Nominations for this year’s Northern New Mexico 2020 Campaign are about to be made public. More information on the next round of high growth companies making a difference in our region will become available in September, and this year’s award event will be held on Thursday, Oct. 3.
For more information on the Northern New Mexico 2020 Campaign, visit http://www.nnm2020.org/. For additional information on the Eddy awards administered by the Rural Alliance, visit http://www.nmrural.org/.
Menu
LOS ALAMOS