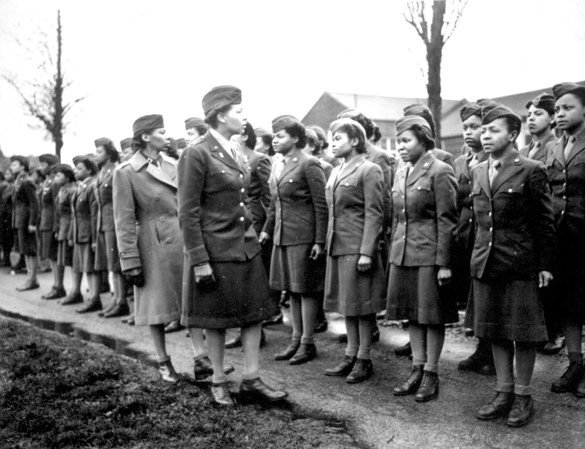 In war and peacetime, at home or aboard, U.S. women have participated in the U.S’ defense. Until recent years, those contributions have failed to attract much notice. Even less understood: the contributions of African-American women, who had to fight just for the right to serve.

The event is free with museum admission but seating is limited and reservations are needed. To make a reservation, call 505.476.5152.

When he began working on the film, Walker found little information about African-American women in the military.

“It was as though these women did not exist,” he said.

He conducted research at the National Archives, Library of Congress and Rutgers University to learn more. “The purpose of this documentary is to examine the consequences or changes in race and gender policies for the status of African-American women in the military during World War II,” he is quoted saying on the “Journey to Freedom” website. “This is a logical period to study, because it marked a significant turning point for African-American women in the U.S. armed services.”

Walker is a storyteller, filmmaker and historian dedicated to collecting and sharing resources documenting the African-American experience in U.S. history. He has worked in television and broadcasting throughout his career, and in 2009 was named senior researcher at the Center for African and African Diaspora studies at Kennesaw State University in Georgia. His documentary work has explored the African-American histories of New Jersey, Pennsylvania, New York and Georgia from the 16th century to the present day.