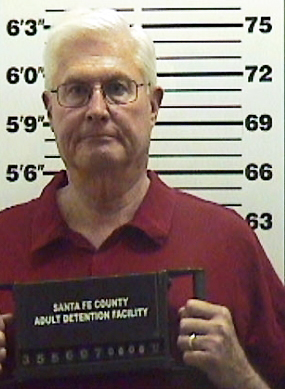 According to the criminal complaint, Duff was charged as an accessory to securities fraud and racketeering. He was Campbell’s supervisor.

Duff also is charged with allegedly conspiring to engage in a pattern of racketeering by misrepresenting NMFA’s financial statements to investors who buy the agency’s bonds as well as to the state and ratings agencies.

Campbell reportedly misrepresented some $40 million in NMFA’s financial statements after the agency agreed to provide that amount to the state government to cover shortfalls in 2010 and 2011 operating budgets for schools and general government programs.

The officials are accused of concealing the $40 million deficit by fraudulently reporting it under grant expenses.

The New Mexico Finance Authority is a state instrumentality governed by a Board of Directors, consisting of 12 members, 10 of whom are appointed by the governor, according to the NMFA website. The NMFA issues bonds and provides low-cost financing for capital projects by certain state agencies, cities, counties, schools and other New Mexico governmental organizations.
The arrest of Duff and Campbell could cause national credit rating agencies to downgrade the authority’s bond ratings because of concerns about a lack of financial oversight within the organization. A drop in bond ratings will increase the cost to New Mexico taxpayers for governments to finance capital improvement projects.
Los Alamos Deputy County Administrator Steven Lynne said this morning that it’s really too early to understand the full impact of today’s arrests.
“But it’s really on the investor side – those who have bought debt from the department,” Lynne said. “If we were counting on some financing with them within the next six months then this could be a problem to the extent that their normal operations will be disrupted.”
Los Alamos County has a few small loans and grants with the New Mexico Finance Authority that together total less than $500,000, Lynne said.
“We also have the Solid Waste Transfer Station loan with the NMFA, which is over $5 million,” he said. “We’ll continue to make our payments … there shouldn’t be any impact.”
Los Alamos County Department of Public Utilities Manager John Arrowsmith said his department has no outstanding loans with the NMFA.

“We have no plans to work with NMFA on anything,” Arrowsmith said. “In 2010, the NMFA helped aggregate a bond issue for the low flow turbine generator in Abiquiu and other electric and water projects, which totaled about $13 million.”

Both Arrowsmith and Lynne said they have never met or worked with the arrested officials.

Duff and Campbell were released from jail today after they each posted a $20,000 cash or surety bond.

An arraignment date at the First Judicial District Court in Santa Fe has not been set.