NMBG 2020 Stout Invitational: So. Many. Stouts. 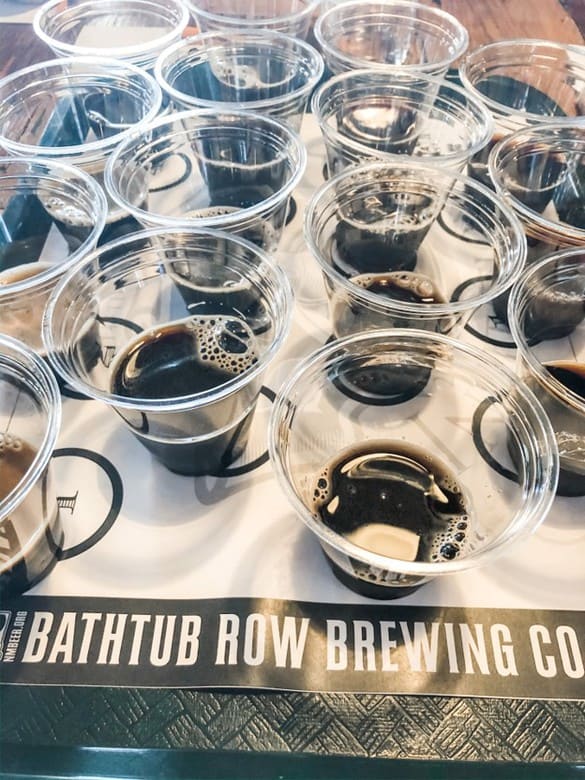 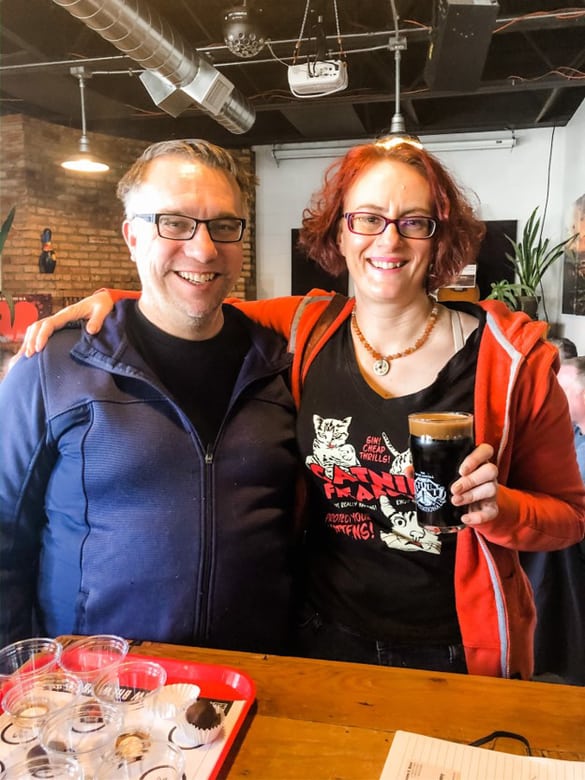 Becky Rutherford and Perry Rutherford at the NMBG 2020 Stout Invitational Saturday at the Tub. Courtesy photo

My knowledge of stouts is basically Guinness; if I want a nice stout, that’s probably what I’ll go for. Well, I’m here to tell you that there is so much more to the world of stout beers than Guinness. At the NMBG Stout Invitational Saturday at Bathtub Row Brewing Co-op in Central Park Square, I sampled 15 different stouts from 15 different New Mexico breweries.

The event had three seatings; we attended the noon seating. There were additional seatings at 2 pm. and 4 p.m., and unlike in previous years, they didn’t announce who had brewed the various entries until after the final seating, when they announced the winners.

We were quickly seated, and our server brought out a tray with 15 sample cups, each with a number underneath it. We were also given collectible stout glasses to take home, and that we could fill up with our favorite stout after sampling them all.

Rose Chocolatier was there with a sampling of their amazing chocolates for sale. We got caramels, a buttercream and a red chile truffle. All were amazing and paired very nicely with the stout sampling.

We were seated with a gentleman from Albuquerque who had come up for the day to sample some stouts; he tried them all, and then went back to his hotel. After that, we sat with a lively crew of ladies from Rio Bravo brewing, including one of their assistant brewers, Lindsey Baker. The Rio Bravo crew came up to support their brewery’s entry and to sample stouts. We had a blast sitting with them and talking about beer! Lindsey told us how excited she is to be working on her very first recipe next week; a new IPA for Rio Bravo’s “Hop Chronicles” series of specialty IPAs. I highly recommend you check out their taproom in Albuquerque at 1912 2nd St NW, Albuquerque, NM 87102.

What was most interesting to me was how many variations of stouts there were. None of the fifteen entries tasted the same; some were sweet, others dry and light, some very strong, some had interesting fruity notes. I was a little bit overwhelmed by the end, but I decided to go with the first stout I sampled as my full pint. I found out later this was the entry from Rio Bravo, and that it had about 13% ABV! It was very well done, sweet but not overwhelming, with toasty notes, and strong but not too strong.

We rounded off our stout tasting with hot churros from Rigoberto’s next door.

The breweries that entered this year were:

NMBG has their annual brewer’s conference coming up in Albuquerque next month; “At our annual NMBG Brewers Conference, brewers have an opportunity to learn from each other and openly converse about their needs. We’ve worked hard to design a conference to be applicable to everyone at the brewery. Whether you brew, manage, sell, serve or are into the political side of things, there is something here for you. We offer three different ticket tiers: NMBG Members, Non-members keynote only. Everyone welcome!

Our keynote speaker is Imbibe Magazine’s 2020 ‘Beer Person of the Year’. Dr. J Jackson-Beckham. She is also professor of Communication Studies and has dedicated her career to the study of American beer. She has published social commentary, journal articles, and book chapters; delivered keynote addresses and guest lectures; and provided expertise as a guest on radio shows, podcasts, and in news and entertainment media on the culture of craft beer. Dr. J works to provide industry members with effective strategies for aligning inclusive organizational practices with overall organizational goals and tactics for diagnosing and removing barriers to access for populations that are underrepresented among craft beer drinkers and producers.”

The event is open to members and non-members, so whether you are a professional brewer or a homebrewer, it should be interesting to attend! Cheers! 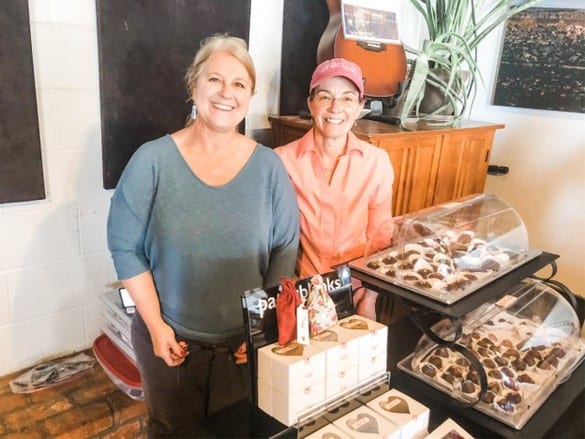 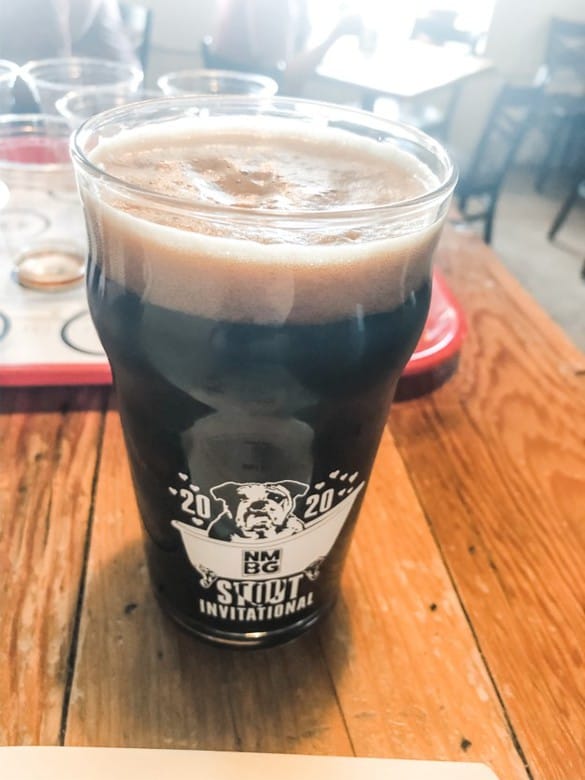