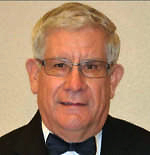 Don Gerheart – Los Alamos Public Schools
Since 1964, Gerheart has been an integral part of music education in both New Mexico and Wyoming. A graduate of Palmerton High School in Pennsylvania in 1960, Gerheart received his Bachelor’s and Master’s degrees from the University of Wyoming in 1964 and 1969.
Following graduation, he taught at Green River Schools in Wyoming as the band and choir director. Then in 1966, he accepted a position in Los Alamos Public Schools, where he taught, was the band director, district Music Coordinator and Activities director for nearly 30 years.
In 1988, Gerheart was named the Los Alamos Teacher of the Year and inducted into the NMMEA Hall of Fame in 1995. Gerheart has served on both the NMAA Activities Council and the NMAA Commission, while also serving as the Master of Ceremonies for the NMAA State Choir and State Bond Concert Band Contests. 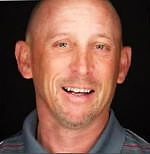 Scott Affentranger – Rio Rancho Public Schools
Affentranger has been involved in education in the State of New Mexico for more than 27 years, as a teacher, coach and administrator. For the past 12 years, he has served as principal at Cleveland High School in Rio Rancho.
In 2006, Affentranger was named the Principal of the Year by the New Mexico Association of Secondary Principals, an organization he has been a member of since 1998. A graduate of Prague High School in Oklahoma, Affentranger ran track for Oklahoma Baptist University from 1986 to 1987, earning two letters before transferring to the University of New Mexico, where he joined the wrestling team and earned letterman status their as well.
Affentranger earned his Bachelor’s Degree in 1991 and his Master’s Degree in 1995, both from UNM. He has served on the NMAA Commission from 2005 to present and the NASSP National Committee on Student Contest, Program and Activities from 2011-2014. 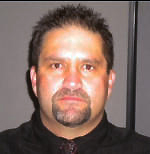 Anthony Casados – Chama Valley Independent Schools
For more than 30 years, Casados has been involved in the Chama Valley School District as a coach, teacher, athletic director, principal and Superintendent.
A graduate of Escalante High School in 1983, he received his Bachelor’s Degree from the University of New Mexico in 1987 and his Master’s Degree from New Mexico Highlands University in 1996.
Following graduation, Casados took on the role as principal and athletic director at Escalante High School. He served at assistant superintendent of Chama Valley Independent Schools beginning in 2002 before being named superintendent in 2010, a position he continues to hold today. During his high school days, Casados played football for Escalante and was named a 1st team All-State selection in 1982 at defensive tackle. He also was a member of the National Honor Society and the school’s chess club. He served as basketball coach for both the boys and girls teams at Escalante High School and was named the 1994-95 2A District 1 Coach of the Year.
Casados has been a member of the NMAA Commission from 1997-2000 and a member of the NMAA Board of Directors since 2011, currently serving as the board’s vice president.

The NMAA Hall of Fame was established in 1976 and is comprised of an elite group of 105 accomplished individuals who have made significant contributions to interscholastic athletics and activities in New Mexico. In order to be considered, nominees must show great support of the NMAA’s philosophy and objectives, they must have a combination of involvement in formulating regulations and procedures for various interscholastic education programs, and they must have a minimum of 25 years of service, 20 of which must have been in New Mexico. Nominations are then screened by the NMAA Hall of Fame Selection Committee which consists of current and former leaders within interscholastic athletics and activities. The committee meets in October each year and then selects a maximum of four individuals for induction.