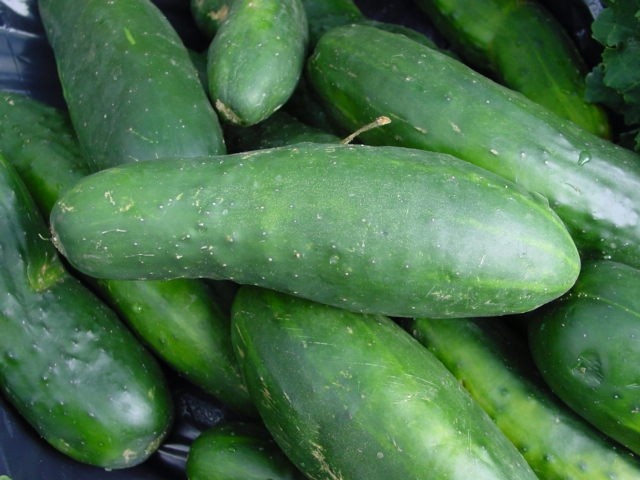 SANTA FE – The New Mexico Department of Health is investigating 15 confirmed cases of Salmonella Poona infection in New Mexico that appear to be linked to eating garden variety cucumbers grown in Mexico.

The department is working with the Centers for Disease Control and Prevention (CDC), the Food and Drug Administration (FDA), the New Mexico Environment Department, the Albuquerque Environmental Health Department, and multiple state health departments as a part of an ongoing investigation of 285 confirmed cases nationally from 27 states.

The cucumbers were sent to grocery stores and restaurants in New Mexico and other states through a non-New Mexico produce distributer.

Sixty-three percent of the New Mexico cases were hospitalized, ranged in age from 1 to 65 years of age, and approximately 60 percent are female. Illness onset ranged from July 30 to late August.

The New Mexico Department of Health recommends that New Mexicans not buy, sell, eat or serve cucumbers grown commercially in Mexico until additional information is available from the CDC and FDA.

Direct concerns to local retail grocers in the area where the cucumbers were grown. When in doubt as to their origin, do not eat them – throw them out.

People who are at high risk for Salmonella infection include: infants, elderly, immunocompromised, including persons on immunosuppressive therapies or medications, and pregnant women.

Healthy adults rarely develop severe illness. It is important for people at high risk to follow the standard CDC guidance about Salmonella. People can decrease their risk of Salmonella infection through proper food handling and preparation and by practicing proper hand washing and hygiene practices.

Eating food contaminated with Salmonella can cause salmonellosis, an uncommon but potentially serious infection. Salmonellosis is characterized by an acute onset of headache, abdominal pain, diarrhea, nausea, and sometimes vomiting. Dehydration, especially among infants, may be severe.

For more information, visit the CDC website at: http://www.cdc.gov/salmonella/poona-09-15/index.html