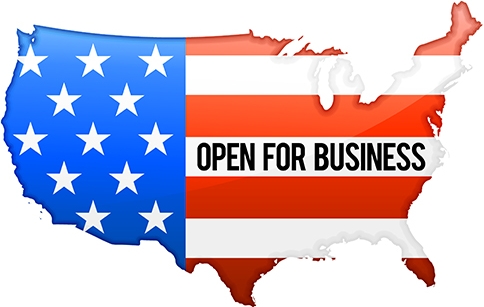 Re-shoring sure has been in the news a lot lately. Perhaps you’ve been reading about the trend of re-shoring, as an increasing number of American firms are moving their manufacturing back to the U.S.

You may have read about Caterpillar making the choice to move their manufacturing operations from Japan to Georgia to produce small bulldozers and excavators, or how Chesapeake Candle realized that the advantage of doing business in China had disappeared and decided to move operations back to Maryland.

In January, The Economist wrote about the re-shoring trend, and last month the Ohio House designated March 2013 to be “Reshoring Month.”

So, why is this happening anyway, and what does it mean?

Many of the U.S. companies that followed the trend to outsource manufacturing operations in the last decade to benefit from Asia’s low-cost labor are coming back.

As it turns out, low-cost labor often comes with a high price.

Wages that were dirt cheap 10 years ago have grown by 15-20 percent annually.

The aforementioned article in The Economist, Reshoring Manufacturing: Coming Home, notes that the Boston Consulting Group surveyed American manufacturing firms in 2012, and that “37% of those with annual sales above $1 billion said they were planning or actively considering shifting production facilities from China to America” with higher Chinese labor costs cited as the most common reason. The article notes that “the crucial change that has taken place over the last decade or so is that wages in low-cost countries have soared.” Increasing labor costs aren’t just being felt at the lowest assembly positions either as “pay for senior management in several emerging markets, such as China, Turkey, and Brazil, now either matches or exceeds pay in America and Europe.”

Companies have also been burdened with high costs related to supply disruptions, quality and rework problems, intellectual property theft that leads to cheap copycats of their own products made by local suppliers, the bureaucracy and red tape of dealing with foreign (and often local) governments, and other hidden costs.

This is all on top of having to deal with other issues such as expensive transportation costs and higher utility rates.

Most companies work to determine Total Cost of Ownership (TCO) when making the decision to re-shore. TCO is a financial estimate that assists in determining direct and indirect cost associated with a product or service. While we’ve noted numerous business factors that are leading American firms to re-shore, there is another factor that isn’t a variable within the TCO equation – the human factor that is intertwined with rebuilding American communities. This human factor may not be included when calculating TCO, but it is important nonetheless.

Bringing operations back to the U.S. is not only about a company’s business model, it’s also about growing American jobs, rebuilding our communities, and ultimately making America a better place. As members of the MEP team heard at the Site Seeker Perspective Panel during last month’s Reshoring Summit in Cleveland, Ohio, many U.S. manufacturing firms are looking into moving operations from abroad back to communities in states such as Michigan, Ohio, and Pennsylvania.

These firms are considering the re-shoring equation in part because these states have the infrastructure, talent, and capacity already in place, and are primed for the opportunity to shine.

As reported by USA Today, fifty years ago, a third of U.S. employees worked in factories, making everything from clothing to lipstick to cars. Today, a little more than one-tenth of the nation’s 131 million workers are employed by manufacturing firms.

According to Advanced Manufacturing Workforce Strategies Toolkit, when it comes to regional economies, manufacturing firms are “an essential building block” and that “in the communities where these firms are located, manufacturing has traditionally been one of the better-paid economic sectors.”

America continues to rebuild and strengthen its manufacturing role as the world’s manufacturing leader at the same time that labor, transportation, and other business costs continue to rise elsewhere. It is within the context of this environment that re-shoring is primed to gain momentum and accelerate over the coming years.

In an effort to keep this momentum going, the U.S. Department of Commerce has just launched a new tool to help inform manufacturing firms’ location decisions.

The Assess Costs Everywhere (ACE) tool outlines the wide range of costs and risks that are associated with offshore production and provides links to important public and private resources, so that firms can more accurately assess the total cost of operating overseas.

As this total cost of operations is assessed and understood by more and more American manufacturers, communities await the opportunity to again embrace manufacturing in America.

Will your community be ready for the re-shoring movement?