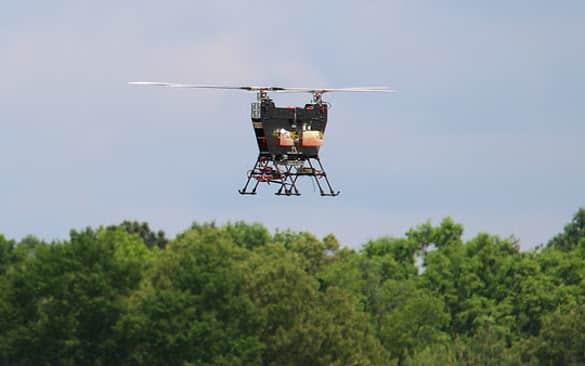 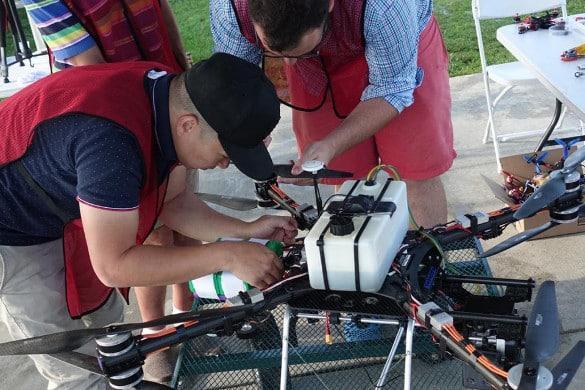 DV8 Tech’s Truc Quach and James Salter make adjustments to their drone before taking it out to the field of competition. Courtesy R. Wilkinson/NIST 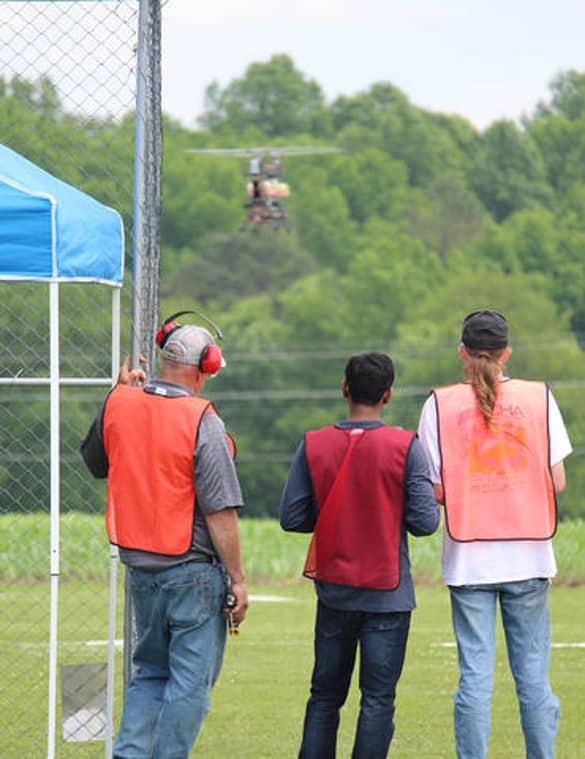