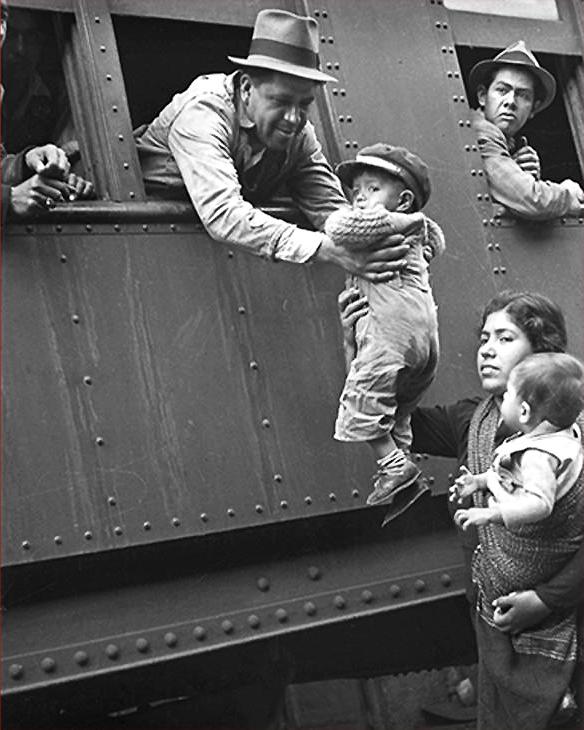 Image from the exhibit ‘Braceros’ at the NHCC. Courtesy/NHCC

At 6 p.m. Jan. 25, the National Hispanic Cultural Center (NHCC), will hold an opening reception in its History and Literary Arts (HLA) building at 1701 4th St. SW in Albuquerque.

The reception for the exhibit “Braceros”, photographed by the Hermanos Mayo, is free and open to the public through June 30, during the hours the HLA building is open.

The exhibition features more than 30 black and white photographs of braceros taken by the photojournalist collective known as the Hermanos Mayo. It also uses narratives, video and artifacts to tell the story of the Bracero Program.

The program grew out of a series of bi-lateral agreements between Mexico and the United States, bringing Mexican men to the United States as guest-workers on short-term, primarily agricultural labor contracts. In 1942, these workers came to remedy wartime production shortages by supplying much-needed labor during the early years of World War II.

The Bracero Program, which derived its name from the Spanish word for a manual laborer, “bracero” continued uninterrupted until 1964. During this extensive program, 4.6 million contracts were signed, with many individuals returning several times on different contracts, making it the largest United States contract labor program.

An examination of the exhibition images, documents, and artifacts contributes to an understanding of the lives of migrant workers in Mexico and the United States, as well as a knowledge of immigration, nationalism, labor practices and race relations.