Newton: Encore Of Blakeley’s Gem Is A Wonderful Gift 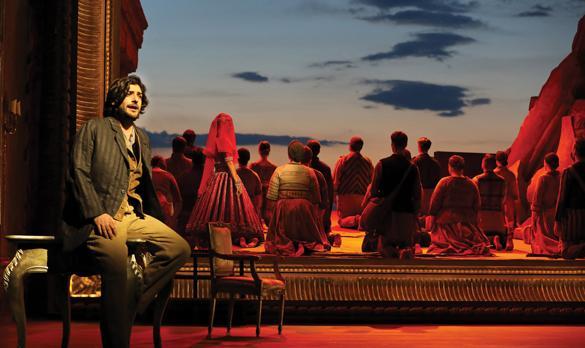 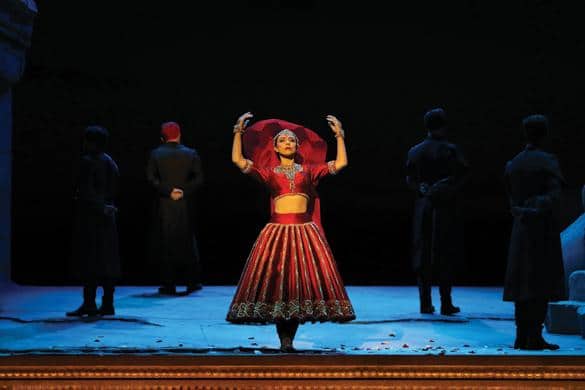 The late British born Lee Blakeley was fortunate to have outstanding mentors like Sir David McVicar. His Santa Fe Opera debut was the 2010 production of Puccini’s Madam Butterfly.

He had made a much deserved following by introducing European audiences to the works of Stephen Sondheim.

He followed his SFO debut with productions of “The Pearl Fishers,” “The Grand Duchesse of Gerolstein” and “Rigoletto.”

After “The Pearl Fishers” 2012 production the set was destroyed, and to present the opera again this year, a new set was built to resemble the first one, with its iconic picture frame. Blakeley died of a heart attack in 2017, but his gifts to us are ongoing.

Georges Bizet’s Carmen is one of the most frequently performed operas. The Pearl Fishers is given this season with the seriousness it deserves by Director Shawna Lucey, who highlights the personal conflicts that challenge our moral compasses in the face of religious commandments and oaths.

The Pearl Fishers has had several versions produced since its inception, and even if there were a critical edition of the score, directors of Bizet’s work have nearly carte blanche approaches to the stage realizations. When the current production begins, Lucey illustrates the dangers of the Ceylonese pearl fishers by presenting downstage the just deceased King.

This segues to Zurga being chosen as the next King, donning the dead King’s necklace. Lucey’s is not the only voice in telling this story. The conductor Timothy Myers masterfully brings the essentials of the story to our ears.

During the 2008-09 Lyric Opera of Chicago presentation of The Pearl Fishers I got a libretto, which thankfully is not followed by Lucey’s production.

Blakeley’s frame enables us to see pictures of prior events as well as framing the current societal events. Putting the principal characters Zurga, Nadir, Leila, and Nourabad at different times in the frame enhances the story.

The final scene of this production has prompted me to think of reframing – the relationships of Zurga, Nadir and Leila are reframed. That’s a message to do better with my personal relationships.

In addition to the above characters I am wont to add a frequently appearing prop as a character. “The Book of Oaths” contains the vows, oaths and promises. It sets in writing what is expected of Leila as Priestess: A life of constant prayer, Devotion to her office, Solitary life, no friends, no husband.

Charles MacKay was very gifted at assembling outstanding casts of principal singers, and we are beneficiaries again. I’m in accord with the professional critics’ admiration of Anthony Clark Evans as Zurga, Corinne Winters as Leila, Robert Pomakov as Nourabad, and Istanbul-born Ilker Arcayurek as Nadir.