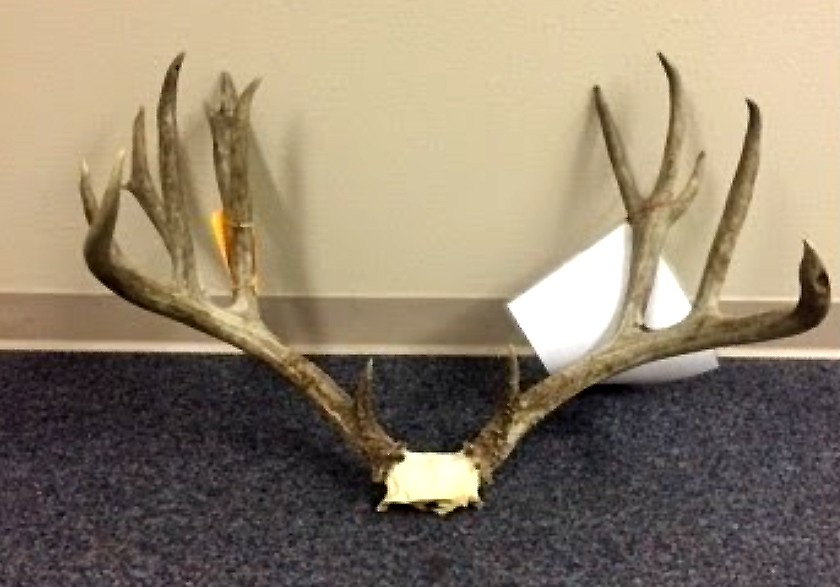 SANTA FE — Earlier this year, the Supreme Court of the State of New Mexico upheld a Court of Appeals judgement, which ordered Cody W. Davis of Arnegard, North Dakota to pay $74,000 in restitution to the New Mexico Department of Game and Fish (NMDGF) (department) for poaching a trophy mule deer buck in December 2015.

This civil restitution included $20,000 for the trophy mule deer that was killed out of season, without a license and resulted in the waste of game. An additional $54,000 was assessed as reimbursement to the department for the extensive investigation required for this case.

Officers set up nearly 24/7 surveillance, and Davis was observed retrieving the head four months later. Davis led the surveilling officers to the Rio Grande where he dumped the trophy head in the river in an attempt to dispose of the evidence. Officers and biologists conducted a grid search of the river for nearly two weeks and eventually found the mule deer head downstream. Officers then traveled to Davis’ residence in North Dakota where they worked with the North Dakota Game and Fish Department and the U.S. Fish and Wildlife Service to serve a search warrant that resulted in a full confession from Davis. The investigation required nearly 2,000 officer hours, over 25,000 miles driven and numerous search warrants conducted in two states.

Davis originally appealed the verdict of the district court. The New Mexico Court of Appeals later affirmed the judgement in 2021 and the New Mexico Supreme Court has now also denied Davis’ petition this year.

“This successful investigation and its outcome would not have been possible without the hard work and dedication of department officers, biologists and legal staff, as well as the support and assistance of other state and federal agencies,” Director Mike Sloane said.

“It also showcases the important role that the public plays in reporting game violations. As the 2022 fall hunting seasons are now underway, anyone with information about wildlife crimes is encouraged to report them online via the department’s website or call Operation Game Thief at 800.432.4263,” Field Operations Captain Ty Jackson added.