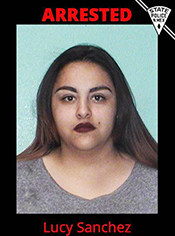 The fugitives were identified as Maurice Diaz-Casales,16, Breanna Sanchez-Coleman, 20, and Jarrel Diaz-Casales, 18, all of Arizona. They were wanted in connection with multiple robberies that occurred in Arizona.

After receiving this information, the New Mexico State Police Fugitive Apprehension Unit, which was created by Gov. Michelle Lujan Grisham in October of 2019 to arrest wanted fugitives across the state, began an investigation to locate these fugitives, and coordinate a plan to safely take them off the streets and into custody. 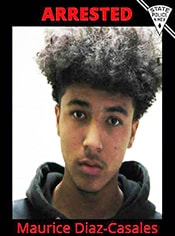 In the early morning hours of Wednesday, Feb. 12, Fugitive Apprehension Unit Agents positively identified and located two of the fugitives at 1200 Court Street in Belen. 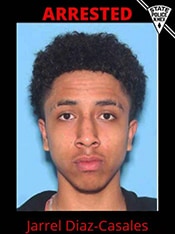 After a brief standoff, New Mexico State Police Special Operations executed a search warrant on the house and successfully took Maurice Diaz-Casales and Sanchez-Coleman into custody.

Jarrell Diaz-Casales was not in the house but through investigation agents quickly located him in Albuquerque and took him into custody without incident.

A fourth individual, Lucy Sanchez, 21, of Los Lunas who is not believed to be connected to the Arizona robberies, was inside the Belen residence.  She was arrested and charged with Abuse of a Child. CYFD took custody of her 4-year-old child. Maurice, Sanchez-Coleman and Sanchez were booked into the Valencia County Detention Center and Jarrell was booked into the Metro Detention Center.

All four fugitives will be extradited to Arizona.

For details on the Arizona crimes, contact the Tucson Police Department. This case remains under investigation by the New Mexico State Police with no additional information available at this time.

* Note: A photo of Breanna Sanchez-Coleman was not available.