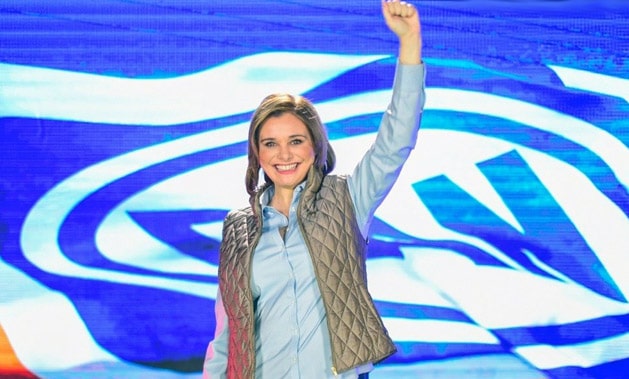 SANTA FE – Two high-ranking officials from the administration of Gov. Michelle Lujan Grisham are in the Mexican state of Chihuahua for the swearing-in ceremony and inauguration of Gov. Maria Eugenia Campos Galván (better known as Maru Campos) and to attend events to improve cross-border trade relations.

“Global trade and economic development along New Mexico’s international border are a priority for Gov. Lujan Grisham,” Secretary Keyes said. “As businesses continue to face challenges with their global supply chain, we know that the international Border Region of New Mexico and Chihuahua offers unique logistical advantages. These in-person meetings with officials and business leaders are key to bringing better jobs and economic security to this region and to Southern New Mexico.”

“NMDOT was honored to attend the swearing in ceremony of the new governor of Chihuahua, Maru Campos,” DeLaRosa said. “We understand the importance of cross-border transportation to the economies of both of our states and look forward to working with our new counterparts in Chihuahua.”

Campos, an attorney with a master’s degree in Latin American Studies and Government, was elected Governor of Chihuahua in June and was sworn in Wednesday evening. Campos also has served in the state Legislature, as mayor of the municipality of Chihuahua, and is now set to be the first woman governor of Chihuahua.

New Mexico led all 50 states in 2019 export growth percentage at 31 percent, according to the U.S. Bureau of Census. New Mexico’s exports to Mexico were close to $2.2 billion in 2020 with much of that traveling through the Santa Teresa Port of Entry, which is processing a record number of commercial vehicles this year.