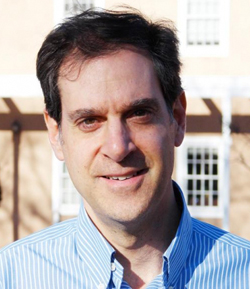 The New Mexico Senate unanimously (26-0) passed the Senate Judiciary Committee Substitute Thursday for Senate Bills 323 and 474. The bill will make hospital prices and quality transparent on a public website no later than Jan. 1, 2018.

The bill amends the existing Health Information System Act to allow the release of hospital-specific quality and cost information. Much of this data has been collected from hospitals for the last two decades, but the Department of Health has been barred from releasing it in a way that identifies specific hospitals. This bill explicitly permits the release of hospital-specific data.

The bill also creates an advisory committee to determine how best to present hospital cost and quality information (such as which quality metrics to use, how to define prices in the way that is most useful to patients, and so on). Finally, the bill directs the Department to create a user-friendly website with hospital cost and quality information that can be accessed from the state’s Sunshine Portal.

The substitute bill reflects a bipartisan compromise that brought together Senate Bill 323, sponsored by Senator Mark Moores, and Senate Bill 474, sponsored by Senators Jerry Ortiz y Pino and Sander Rue. The joint bill is supported by the New Mexico Department of Health, the New Mexico Hospital Association, Think New Mexico, the AARP, the Foundation for Open Government, the League of Women Voters, the Con Alma Health Foundation, the national organization Costs of Care, and leading doctors across New Mexico, among others.

“With the trend toward higher deductible insurance plans, New Mexicans are paying more and more out of pocket for their health care,” said Fred Nathan, Executive Director of Think New Mexico. “This health care transparency website will give them the tools they need to shop around for the most affordable, highest quality care.” Nathan called today’s vote “a big bipartisan victory for patients, doctors, and hospitals.”

Fourteen other states, including Colorado, Arizona, and Utah, have already created health care transparency websites, and another five states are in the process of creating them. Research by the University of Chicago has found that states with transparency websites saw the price of common, elective medical procedures drop by an average of 7 percent as a result of price competition. For example, hip transplants averaged $2,800 less in states with price disclosure websites than in states without them.

Doctors and medical residents support this bill because it will help them do a better job of counseling their patients and making sure the treatments they prescribe do not cause unnecessary financial distress. About 62 percent of bankruptcies nationwide are due to health care debt, up from 8 percent in 1981.

The bill is based in part on recommendations from Think New Mexico’s 2014 report, Making Health Care More Affordable. More information about that report is available on the organization’s website at: www.thinknewmexico.org.