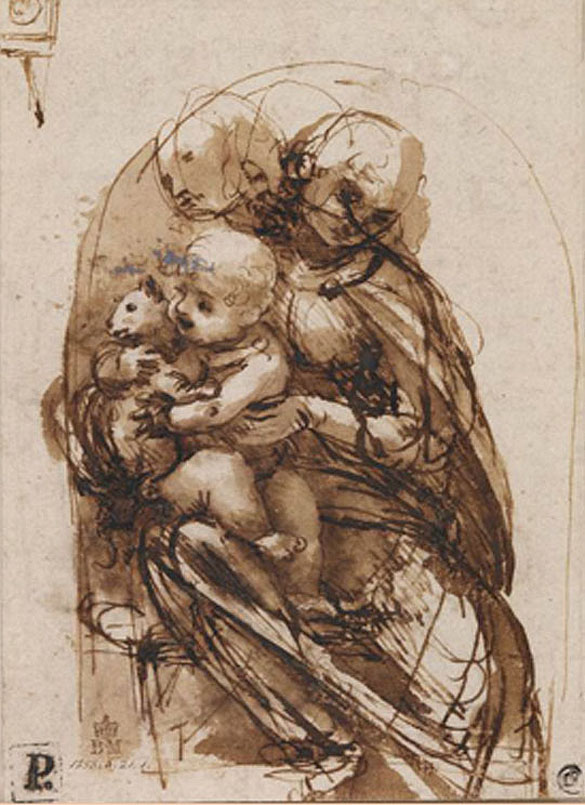 Leonardo da Vinci (Italian, 1452–1519), The Virgin and Christ Child with a Cat, about 1478–81, pen and brown ink over stylus underdrawing. Collection of the British Museum (1856,0621.1) © The Trustees of the British Museum.
NMMA News:
SANTA FE ― In late May 2017, Lines of Thought: Drawing from Michelangelo to Now: from the British Museum makes its international debut at the New Mexico Museum of Art, the first, and one of only two United States venues to host the exhibition.
With works from a list that reads like a “who’s who” of international artists through the centuries, the exhibition offers a rare opportunity to better understand the thinking behind an artist’s drawing, comparing side by side drawings from master draftsmen across five centuries. The featured artists include Leonardo da Vinci, Michelangelo, Albrecht Dürer, Piet Mondrian, Paul Cézanne, Pablo Picasso, Bridget Riley, Barbara Hepworth, Henry Moore, Franz Kline and Rachel Whiteread.
Examining the enormous variety of methods used as a means of recording and provoking thought from the fifteenth century to today, Lines of Thought explores the history of drawing as a thinking medium, providing insight into the minds of some of the world’s greatest artists. A treasure of small wonders, this exhibit features powerful designs and suggestive sketches by Renaissance masters and artists through the ages.
Lines of Thought is one of the British Museum Prints and Drawings department’s largest touring exhibitions bringing together 70 drawings selected from the museum’s unparalleled graphics collection of more than 50,000 drawings and two million prints dating from the fifteenth century. Lines of Thought runs from May 27 through September 17, 2017. The exhibit will help visitors understand drawing and inspire them to draw too.
“A drawing can capture and preserve a record of an artist’s thoughts, rendering visible ideas, developing and refining them, serving as a key conceptual tool throughout each stage of the artistic process,” explained Museum of Art Director Mary Kershaw.  Lines of Thoughtexplores the numerous and invaluable lessons one can learn from examining the drawings of past masters in the context of artists working today, from Michelangelo to Mondrian, Rembrandt to Rachel Whiteread, Piranesi to Picasso.”
Spanning centuries and many schools, Lines of Thought demonstrates different types of thought process, illustrating: First Thoughts and Brainstorming, Enquiry and Experiment, Insight and Association, and Development and Decisions. Lines of Thought emphasizes the fundamental nature of drawing that through the centuries unites all artists as a way of thinking on paper.
In his drawing for the Last Judgement in the Sistine Chapel in the early sixteenth century, we see Michelangelo brainstorming ideas in a manner similar to modern British artist Richard Hamilton’s sheet of alternative ideas for an illustration to James Joyce’s Ulysses.
Other stunning examples include Paul Cézanne’s investigation into the form of a sculpture of Cupid, which he continued to draw from for over thirty years, and the German Renaissance master Albrecht Dürer establishing the pose for Adam in preparation for his celebrated engraving of 1504, Adam and Eve.
The refining and development of an idea is visible both in a sheet of studies by Leonardo da Vinci of The Virgin and Christ Child with a Cat, continuing from one side of the sheet to the other, and in Frank Auerbach’s signature employment of constantly erased and redrawn charcoal.
The Lines of Thought international exhibition is the result of a three-year program of student workshops at the British Museum to encourage art students to look at drawings, and to draw from them, generously supported by the Bridget Riley Art Foundation.
As part of its 2017 Centennial Celebration, the New Mexico Museum of Art is the first U.S. venue to host the Lines of Thought exhibit, which is touring in the United Kingdom at museums in Poole, Hull and Belfast before traveling internationally. 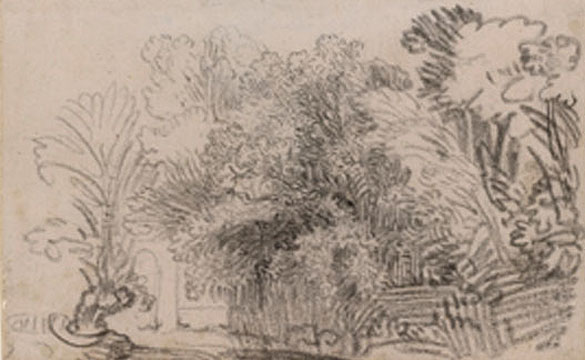