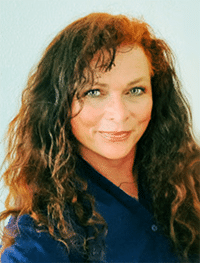 This year, a pair of House Republicans could stir up the Roundhouse with a proposal that would allow a court to order a convicted sex offender to undergo chemical castration as a condition of their parole.

Reps. John Block of Alamogordo and Stefani Lord of Sandia Park say House Bill 128 would offer sex offenders an option for early release if they agree to the treatment.

Lord said the program would be “voluntary” and is aimed at felons who were convicted of sexually abusing victims under 18. “I don’t want sex offenders near our children,” she said. 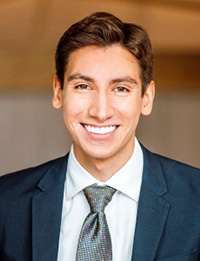 “This is about protecting the child,” Block added.

Chemical castration involves the use of medications to reduce testosterone levels, which can lower a person’s sex drive. In the medical field, the process can be used to treat breast and prostrate cancers.

HB 128 would require sex offenders who choose to undergo the process for parole to begin treatment at least 30 days before their release from prison. Inmates who choose to pursue the option must pay for the treatment unless they can prove they are indigent.

While an offender on parole could not be forced to continue the treatment, the bill says those who end the process before a court determines it is no longer necessary would be in violation of their parole and charged with a fourth-degree felony.

The state Department of Health would administer the treatment under the provisions of the bill. The measure also would require inmates to allow the agency to share their medical records with the state Parole Board.

Jodi McGinnis Porter, a spokeswoman for the Health Department, noted the bill does not yet include a fiscal report. “We are still reviewing the bill and have not completed our analysis,” she said.

California was the first state to pass a law requiring chemical castration for sex offenders in the mid-1990s. Since then eight other states, including Texas and Alabama, have passed similar laws.

A 2013 study published on the National Library of Medicine website said the aim of both surgical and chemical castration is to “reduce testosterone to a prepubescent level, thereby attenuating the offender’s sexual urges and helping to suppress sexually deviant thinking and behavior.”

The study said compulsory surgical castration has been practiced for thousands of years for various purposes, including as criminal punishment. It found there was “no robust data” on the efficacy of chemical castration.

However, the report said recidivism rates among sex offenders who underwent surgical castration ranged from 2.5 percent to 7.5 percent over a period of 1 to 35 years, compared to 60 percent to 84 percent for sex offenders left “untreated”.

“We’re focused on primary prevention of sexual violence so people never experience the harm to begin with,” she said. “We would urge elected officials and lawmakers to focus on measures to prevent violence from happening against children in our communities.”

Lord said she hopes “it doesn’t get pushed to the side”.