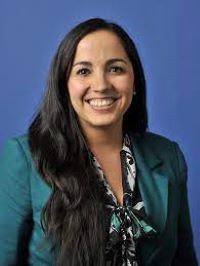 ALBUQUERQUE — The COVID-19 pandemic has been hard on New Mexico’s children and families, but data from 2021 reflect no significant declines — and even some slight improvements — in child well-being.

This is likely due to federal and state pandemic relief as well as policy changes made at the state level.

That is among the findings in the 2022 New Mexico KIDS COUNT Data Book, which was released today.

This annual accounting of child well-being in the state tracks several indicators across four domains: economic security, education, health, and family and community. Indicators include issues such as child poverty and food insecurity rates, parental employment and education levels, and teen birth rates. The report is released at the beginning of the legislative session each year to give lawmakers an idea of some of the needs of New Mexico children and families. This year’s data book has an emphasis on promoting generational prosperity. It uses the most recent data available.

The pandemic harmed many New Mexicans – particularly those who are paid low wages – but both state and federal relief helped mitigate the damage. While all states received federal relief, not all states enacted their own relief or increased tax credits for hard working families as New Mexico did. These state changes will help families moving forward as federal relief dissipates. New Mexico also used some of the federal funds to expand food security measures and childcare assistance, which helped families, workers, and providers.

“New Mexico’s Governor and Legislature have made several policy changes that will benefit New Mexico’s children and families long after the pandemic,” said Amber Wallin, executive director of New Mexico Voices for Children, which is the KIDS COUNT anchor in the state. “The creation and increase of many tax credits that benefit kids and families, the expansion of childcare assistance, paid sick leave, and the extension of postpartum health care through Medicaid are just some of the recently enacted policies that set New Mexico apart and will improve child well-being moving forward.”

Indicators in which New Mexico saw some improvement in recent years included young children not enrolled in preschool, high school students not graduating on time, babies born at a low birthweight, and teen birth rates. Big challenges remain for New Mexico children, including poverty and food insecurity. However, the Data Book also shows that New Mexico is seeing bigger improvements than most states in indicators such as children in preschool and with access to health insurance.

“While our teen birth rates remain higher than the national average, New Mexico continues to close the gap, making significant improvements,” Emily Wildau said, research and policy analyst and KIDS COUNT coordinator. ‘We’ve seen a 58 percent improvement over the past decade, with big gains for Hispanic and Native American teens. That is significant,” she added.

Aside from data, the annual report also includes policies for lawmakers to consider that would improve child well-being. Among those are increasing the Child Tax Credit for low-income families and making it permanent, improving childcare access and early educator wages, diversifying the state’s revenue streams to decrease our over-reliance on oil and gas revenue, supporting economic opportunity measures such as minimum wage increases and paid family medical leave, and providing healthy school meals for every student.