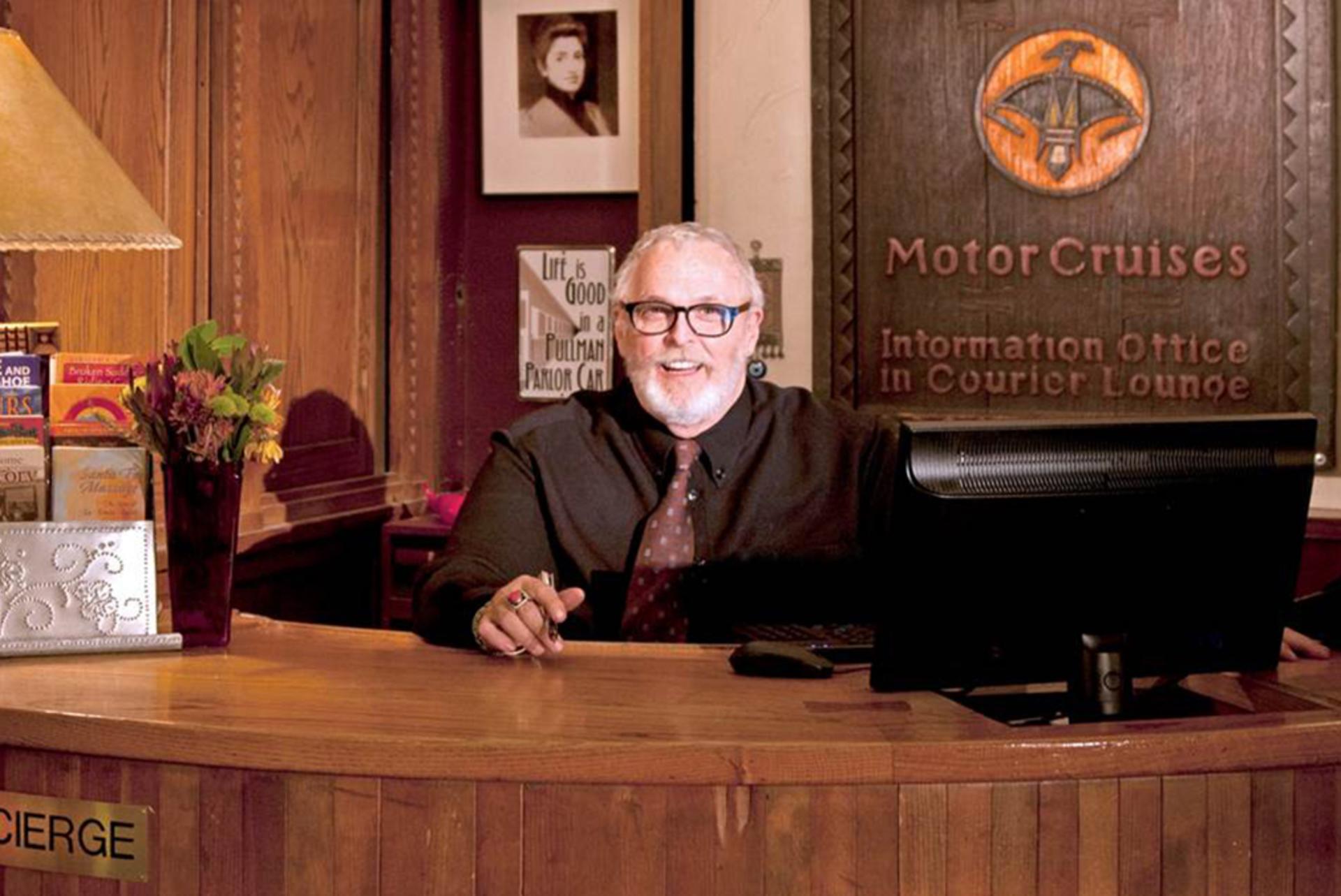 Steve Wimmer at the concierge desk of La Fonda on the Plaza. Courtesy/New Mexico Magazine

SANTA FE — New Mexico History Museum (NMHM) and the Fray Angélico Chávez History Library (FACHL) have announced that Marcy Botwick, a master’s candidate at University of New Mexico (UNM), has been selected as the inaugural scholar to be supported by the Steve Wimmer Southwest Historical Research Fund.

With the support provided by the Wimmer Fund, Botwick will study the life of artist Mary Blumenschein, as well as broaden understanding of the women and artist communities of New Mexico.

The Steve Wimmer Southwest Historical Research Fund was established in 2021 to honor the memory of Steve Wimmer and his abundant enthusiasm for New Mexico history and cultural tourism. He was the head concierge at La Fonda on the Plaza, and spent 26 years enthusiastically helping visitors feel at home away from home.

“Steve was one of a kind,” recalls Jenny Kimball, chairwoman of the board of La Fonda on the Plaza. “We adored him even when he drove us crazy, because he had such an amazing mind and talent. Creative beyond belief and always penniless—no matter what his budget was, he overspent it—Steve spent all his own money on our guests and his friends.”

Botwick is a candidate for a Master of Museum Studies degree at UNM and has a Master of Library and Information Science degree from Rutgers University. She also is the recipient of the 2022 Bright Idea Award from UNM College of University Libraries and Learning Sciences. Botwick has been interested in  Blumenschein for several years, describing her as a “quietly strong person who did her own thing and didn’t shout about it”. The Wimmer fund enables Botwick to do in-depth research on Blumenschein with original archival materials in the FACHL collection.

The Steve Wimmer Historical Research Fund has three aims: to help fund library digitization efforts, to purchase materials for library collections, and, primarily, to bring researchers to the heart of downtown Santa Fe, where they can advance their work and appreciate the things Wimmer loved.

The Wimmer Fund’s first call for scholars went to more than 300 individuals and organizations throughout New Mexico, Oklahoma, Kansas, Colorado, Arizona and Texas, targeting researchers wishing to study New Mexico history between 1879 and 1949. Because all persons interested in New Mexico history were welcome to apply and because few grants fund travel, there was considerable interest.

Wimmer researchers are offered $1,000, which can be spent however best aids their work. They conduct research for up to a week in Santa Fe, where they are assisted by skilled archivists at FACHL, enjoy four nights at La Fonda on the Plaza, and are offered access to tours and museum visits around town. In return, the grantee will deliver a talk for the NMHM Friends of History and will write an article for publication. They also will be invited to address the annual Fred Harvey History Weekend, which Wimmer helped found.