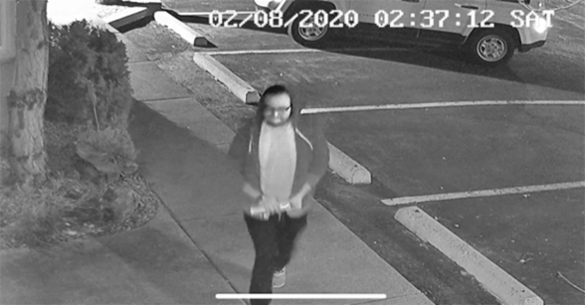 Surveillance video shows the man suspected of vandalizing the GOP Headquarters over the weekend in Albuquerque. Courtesy/RPNM 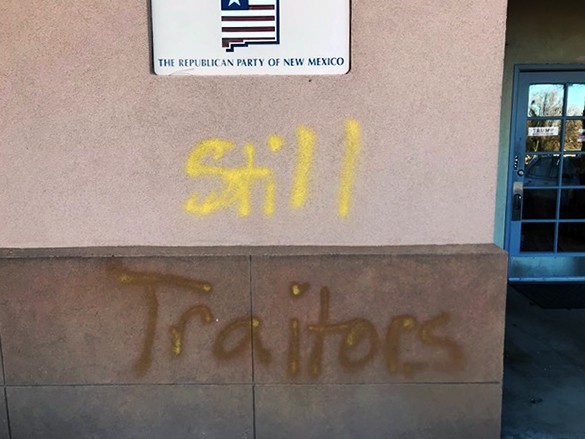 Surveillance video captures a photo showing property damage to the GOP Headquarters over the weekend in Albuquerque. Courtesy/RPNM

The vandalism occurred around 2:37 a.m. Saturday. Surveillance video picked up a vehicle parking in the lot outside the building. A man walked out of the vehicle with a can of spray paint in his hands, went over to the front of the building and spray-painted the words “Still Traitors” in yellow and gold paint on the stucco front of the headquarters.

“This kind of criminal action will not be tolerated. The defacing of property at our headquarters seems to be an individual attack, not a group or an organization. Someone is trying to send a message of hate, and now we have it on video. We’ve filed a police report, and we’ll get to the bottom of this,” State GOP Chairman Steve Pearce said.

Authorities have the surveillance video and photos.

This isn’t the first time Republican Party Headquarters has been targeted. There have been multiple cases of vandalism against the Party. Last March a similar crime happened when someone spray-painted “Traitors” with the same paint in the same location on the building. 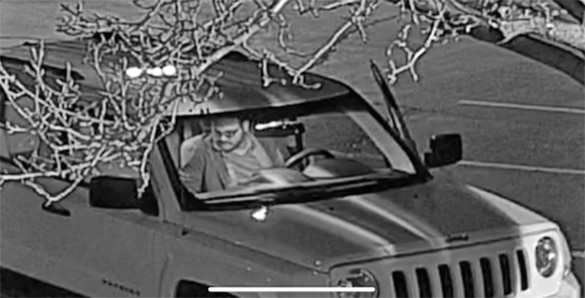 Surveillance video shows the man in his vehicle suspected of vandalizing the GOP Headquarters over the weekend in Albuquerque. Courtesy/RPNM
Menu
LOS ALAMOS