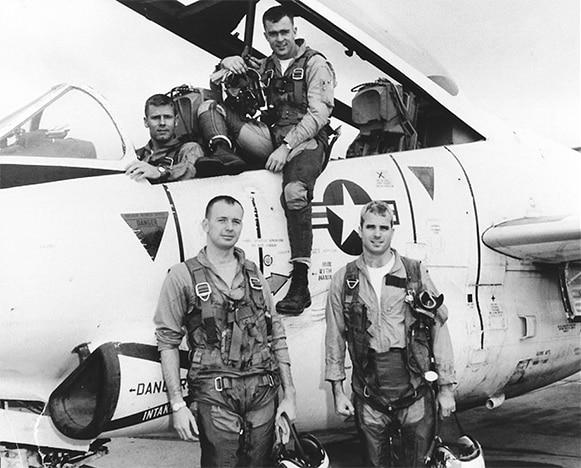 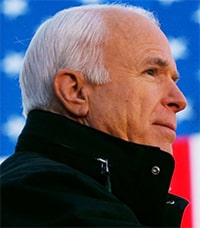 U.S. Sen. Tom Udall: It is a privilege to have known John McCain – to have served with him in the Senate, and to call him a dear friend. John’s fearlessness, his unyielding integrity, and his generosity of spirit truly touched the entire Udall family. We will miss him dearly.

John said about my uncle Mo Udall: ‘We disagree in politics, but not in life.’ And that was how John lived – in service to his nation and his ideals, always rising above the divisiveness and distrust that has consumed so much of our politics.

The nation—and the world—will miss John’s fierce independence and his unwavering dedication to doing what is right — no matter the cost. Now more than ever, during these uncertain times, let us all strive to follow in Senator McCain’s footsteps and to rise to his heroic example.

U.S. Sen. Martin Heinrich: I am grateful to have had the opportunity to work with Senator McCain. He was an incredible public servant who put country before party and whose presence in the Senate inspired courageous leadership and moral conviction. The United States lost one of its most steadfast heroes today. It is with heavy hearts that Julie and I extend our deepest sympathies to Senator McCain’s family.

U.S. Rep. Ben Ray Luján: My deepest condolences go out to the entire McCain family during this incredibly difficult time. Our entire nation grieves with them.

Tonight, America lost one of its greatest statesmen. Senator John McCain served the United States with honor for over six decades. He was a war hero, a patriot, and a tireless public servant. Through unimaginable trials, Senator McCain never failed to put his country first. He led and served with grace, determination, and courage.

U.S. Rep. Michelle Lujan Grisham: Senator John McCain, an America hero and maverick of the Senate, made service to country the cause of his life. He strived to live up to America’s highest ideals and in doing so served as an example to all Americans. His love for our nation, its promise, and its place as a force for good drove him to put country over politics.

Senator McCain will be remembered as a heroic soldier, a grand statesman, a true gentleman, and a loving father and husband. I thank him for his service to our nation and for inspiring generations of lawmakers to live out America’s deepest values and principles.

My deepest sympathies go out to his family, loved ones, and staff. I hope his family and those closest to him find comfort knowing that a grateful nation mourns with them.

U.S. Rep. Steve Pearce: Cynthia and I are saddened by the loss of John McCain. Senator McCain fought for our nation’s liberties in the battlefield as well as in the halls of Congress. I am thankful for his lifelong dedication to our nation.