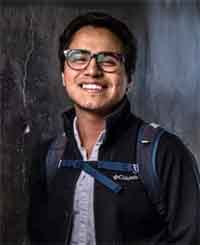 SANTA FE — Wednesday, the New Mexico Clean Cars Clean Air coalition of more than 35 organizations announced Wednesday its support for the clean cars rulemaking process being led by the State of New Mexico and City of Albuquerque.

The New Mexico Environmental Improvement Board and City of Albuquerque – Bernalillo County Air Quality Control Board will hold hearings May 4-5 to consider the clean cars rules, following a robust stakeholder engagement process that took place over the last several months.

If adopted, the Clean Car Rule will go into effect for model year 2026 cars, which will begin arriving in showrooms in 2025 and could begin to fill showrooms with electric cars as early as July 2022.

The New Mexico Clean Cars Clean Air Coalition, consisting of more than 35 businesses, nonprofit organizations, local agencies, and unions, released a letter supporting the rulemaking process. The coalition applauds this action by the Lujan Grisham and Keller administrations. Following are statements from a few of the Coalition partners:

“The Clean Cars Rule would increase the accessibility of clean vehicles for New Mexicans while also decreasing direct pollution in our frontline communities,” said Josue De Luna Navarro with the Power4NM coalition. “This puts New Mexico on a positive path forward towards a cleaner future.”

Electric vehicles are good for the environment and for your pocketbook but it’s difficult to buy one in our state. The implementation of Clean Car Standards in New Mexico will ensure that EVs are readily available statewide,” said Tammy Fiebelkorn, New Mexico representative for the Southwest Energy Efficiency project.

“Clean cars are essential to the fight for cleaner air, healthier communities, and a livable climate in New Mexico,” said Noah Long, western energy director for NRDC (Natural Resources Defense Council). “Moving the state’s clean car rule is an essential first step in realizing all those benefits—as well as the jobs and resources coming to the state as part of the infrastructure bill passed by Congress this year.”

In early 2019, Lujan Grisham announced that New Mexico would join the U.S. Climate Alliance, a bipartisan coalition of 23 governors committed to reducing greenhouse gas emissions by at least 26 percent from 2005 levels by 2025 – a goal consistent with the Paris Agreement. After signing into law a number of bills passed by the New Mexico Legislature to further commit the state to renewable energy and net-zero greenhouse gas emissions, Lujan Grisham signed an executive order directing state agencies to develop a State Climate Strategy and identify policies to reach these greenhouse gas goals. In 2018 Keller signed the Climate Mayors pledge, committing the City to working to reduce greenhouse gas emissions and to help meet the goals of the Paris Agreement.