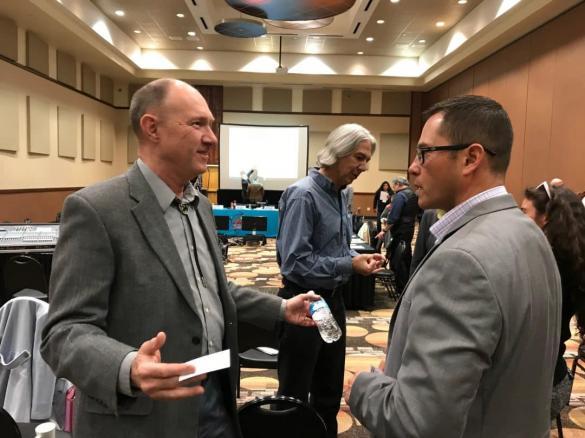 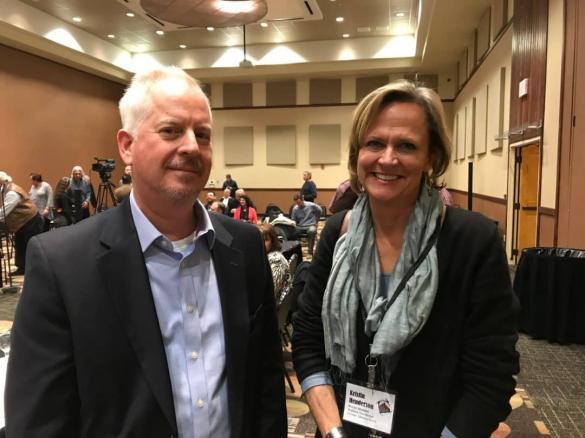 Frazer Lockhart, Regulatory and Stakeholder Interface manager for N3B, told the Board that safety is the keystone of any kind of performance on clean-up contracts.

“You have to do the work safely before you can do the work. The flip side of that is the reverse – if you do not do the work safely, then you find yourself stopped and shut down dealing with correcting things. If you’d only done them right in the first place, you could move along,” he said.

Lockhart cited the histories of the two companies with the nuclear navy which has given them a sense of integrity and discipline which they feel very keenly as one of the core values. He said the importance of quality should almost be obvious and said N3B would make sure all the actions they are involved with, all the deliverables they will provide over the life of the contract, will be developed and delivered with top quality in mind.

“Performance is the bottom line to most of this. It’s great to have safety, quality and integrity with all that focused on the mission that needs to be accomplished. Those goals flow from the Consent Order. We also have delivery requirements for the management of our waste and making sure that that is appropriately addressed,” Lockhart said.

He said stewardship is a high value for N3B, that N3B recognizes that in doing the clean-up work, they are still looking at water and land resources that have been there for many years before the Lab showed up and Environmental Management started doing its clean-up, and will b there for many years afterwards.

“So that sense of stewardship as we perform our work is critical,” Lockhart said.

He said one of the things N3B sees as vital is communication and collaboration, clearly defining what it is they intend to do, celebrating any successes and communicating the few missteps they have on the contract as well.

“This is really hard work and as we go through it, we really see our work as work that serves these communities and the region and that is what this clean-up is being done,” he said.

“I will ensure that as we go through this clean-up mission and take on the many challenges that we have, that you all will come along with us, that we have a forum for communication and collaboration, for clear understanding of what we’re doing and what we’re trying to do,” he said.

Lockhart said the contract will involve about 400 employees and that it is hoped the majority will come from not only the incumbent workforce but also from the Lab. He said the SN3 recognizes the huge level of expertise going back many years and that those people will be the first target for recruitment. He said the company will also look to do some local hiring, take on former Lab employees and recruit people who are presently doing work that’s within a similar environmental management scope.

He also addressed the small business contractor plan saying N3B intends to build on the Lab’s history of small business use and will continue to look for opportunities to use the special knowledge and skills of the area.

Lockhart said N3B will be presenting its plan for community support to DOE under the contract. He said the company is used to the idea that as a major corporate player, they become a part of the community and find out what that community needs, then supports and builds that community.

The contract, which is valued at $1.39 million was awarded in December and the company will begin its 90-day transition Thursday morning. The total period of performance of the contract is up to 10 years and three months including a base period of five years followed by an option period of three years and an option period of two years. It primarily includes a cost-plus-award-fee line item with a cost-reimbursement line item for transition and an indefinite-delivery line item.

Under the contract, the company will clean up contaminated media and contaminated waste sites at LANL and surrounding private- and government lands including groundwater and surface water to levels appropriate for the intended land use. The legacy waste under this contract was generated between 1970 and 1998.

They will also be responsible for decontamination, decommissioning and demolition of inactive, process-contaminated facilities that impede the timely execution of environment restoration activities. Waste will be characterized prepared and shipped off-site as determined under the Consent Order signed by the Department of Energy and the New Mexico Environment Department in 2006.