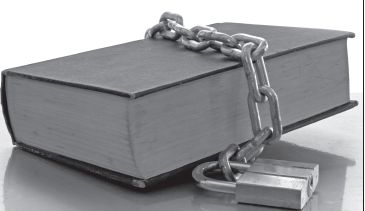 TAOS— A new book celebrating the remarkable women of Taos – the focus of Taos’ 2012 educational theme – will launch July 25, starting with a 5-8 p.m. autograph party free and open to the public.

Remarkable Women of Taos, published by Taos-based Nighthawk Press, contains profiles of 167 historic and contemporary women of Taos. The profiles were based on the questions of why there are so many remarkable women in Taos, and what it is about Taos that attracts and sustains so many women. The 316-page book is a compilation of content from the taos.org/women profiles written by numerous contributors. Elizabeth Cunningham served as project orchestrator and editor of the book.

Cunningham said that the book is a “year-end report” of sorts, commemorating the Town of Taos’ 2012 award winning “Remarkable Women of Taos” theme, which offered year-round educational programs, events, workshops and exhibitions designed to spotlight the women of past and present who have made an impact in the Taos community.

“If one word were to describe these women, it would be ‘authentic,’” Cunningham said. “Authenticity seems to be the common thread that binds these women’s stories; the attribute that most defines them.”

More than 400 women participated in events and exhibitions throughout the 2012 Project, which won the Tourism Industry Association Recognition Awards’ (TIARA’s) “Best Campaign of 2012” at the recent 2013 Governor’s Conference on Tourism. More than 770 women are named in the exhaustive index to the work, including modernist artists Agnes Martin and Bea Mandelman; Josefa Jaramillo Carson, wife of Kit Carson; Virginia Romero, award winning Taos Pueblo potter; Millicent Rogers, oil heiress and designer; and Freida Lawrence, wife of D.H. Lawrence; just to name a few.

Cunningham and contributing writers, as well as many of the women profiled in Remarkable Women of Taos, will be on hand to autograph books during the book launch party beginning at 5 p.m. at the KTAOS Solar Center at 9 Ski Valley Road off Highway 150 in Taos.

Books will be available for purchase at the event, on Amazon.com, at Moby Dickens Bookstore in Taos or directly from the publisher at nighthawkpress.com.

One dollar of every book sale will be donated to the Remarkable Women of Taos fund to be administered by the Taos Community Foundation. The fund is a means of “giving back” to the community and maintaining the “Remarkable Women” spirit. To learn more about the Taos Community Foundation’s Women and Girls Circle Fund, visit taoscf.org or call 575-737 9300.