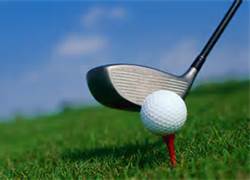 SANTA FE – Over the wishes of the majority of Senate Democrats who voted against her appointment, Hanna Skandera today was confirmed as the Secretary of the Public Education Department (NMPED) in a vote by the full New Mexico Senate.

Earlier in the day the Senate Rules Committee, chaired by Sen. Linda Lopez, D-Bernalillo, agreed to forward the controversial appointment of Skandera to the Senate floor following four years of being the Secretary-designate. The final Senate vote was 22-19, with all Republicans voting Yes.

“Ms. Skandera’s tenure has been characterized by divisive partisanship and a failure to listen with respect to teachers, parents and school districts. This has been a lost opportunity for our children, and that is the tragedy,” said Senate Majority Leader Michael S. Sanchez, D-Bernalillo and Valencia. “Now she is officially charged with leading our public schools system. Since she took over NMPED at the direction of Gov. Susana Martinez, her record has been one of refusal to cooperate with stakeholders on key sensitive and critical issues about the way we educate children in our state.”

Skandera has been a lightning rod at the center of controversy since she was appointed by Martinez in 2011. According to the Constitution of the State of New Mexico, the NMPED Secretary must be a “qualified, experienced educator.” But Skandera has no classroom experience, and therefore is not eligible to fill the position. Critics have pointed to this lack of experience in the classroom and in the education field generally. Skandera has also pushed for third grade retention over the wishes of parents – which research has shown to be detrimental to students – and she has been viewed as demonizing teachers when they disagree with her.

During the Senate Rules Committee hearing, Senator Jacob Candelaria (D-26-Bernalillo) said he, as well as others, have been publicly attacked by a former NMPED spokesperson saying, “Stop the bully political tactics against anybody who dare disagree with these policies.”

Sec. Skandera’s actions as head of NMPED have created divisions and opposition that are difficult to overcome.  Under her policies, millions of dollars have been diverted from New Mexico’s classrooms – where teachers battle daily to hold onto and educate students – into the coffers of for-profit out-of-state education corporations.

During his comments on the Senate floor, Sen. Sanchez spoke about the NMPED’s refusal to investigate the misuse of public funds by Southwest Learning Center Charter Schools in Albuquerque. In 2010, the Legislative Finance Committee (LFC) alerted NMPED of the suspicious activity, but the Martinez Administration did nothing. NMPED also ignored several reports from the Office of the State Auditor (OSA) which found conflicts of interest and financial mismanagement by the charter schools.

Obtained emails from January 2014 revealed that when OSA followed up on suspicious spending with NMPED, the NMPED investigator had been told by his superiors that there was nothing further to look into.

In April of 2014, Senate Bill 333 (SB 333) was pocket vetoed by Martinez, even though it was designed to create more supervision of  charter school lease agreements and conflicts of interest.

“The public has pleaded with Secretary Skandera and NMPED to reconsider many of the most controversial reforms – the over-use of standardized tests; instructor evaluations that make no sense and are driving out good teachers, and the A to F school grading system that no one can explain and that does not work. But the response has been stonewalling,” Sanchez said. “It’s a shame Governor Martinez refuses to give New Mexico a leader of public education who understands the needs of the classroom.”