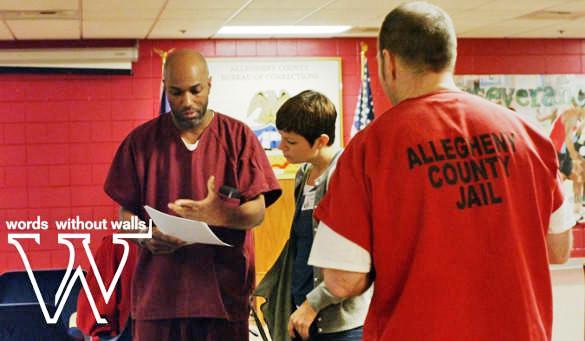 Words Without Walls is a collaborative project between Chatham University, the Allegheny County Jail and Sojourner House. Courtesy photo

Chatham University has been awarded an Art Works grant from the National Endowment for the Arts (NEA), recognizing the 10th Anniversary of Words Without Walls, a collaborative project between Chatham University’s MFA in Creative Writing program, the Allegheny County Jail and Sojourner House.

The NEA received 1,592 Art Works applications for its second major funding round of fiscal year 2019, and it approved more than $80 million in grants for applying programs including Words Without Walls. “These awards, reaching every corner of the United States, are a testament to the artistic richness and diversity in our country,” said Mary Anne Carter, acting chairman of the NEA. “Organizations such as Chatham University are giving people in their community the opportunity to learn, create, and be inspired.”

Since 2009, Words Without Walls has offered students in Chatham University’s MFA in Creative Writing Program the opportunity to lead creative writing classes in communities that sorely need them, most specifically among incarcerated prisoners and recovering addicts.

These classes teach creative writing techniques that help participants process their emotions and find constructive ways to express themselves. By helping some of Pittsburgh’s troubled voices find new ways to share their experiences and form supportive bonds with other writers and audiences, Words Without Walls reminds us that the first step toward overcoming differences and building stronger connections between people is finding the courage to be open, to communicate honestly, and to listen.

“You’re terrified when you walk through the [prison] door,” says Words Without Walls participant John Wau. “So if you can write, you have an outlet. You have a way to get outside the cell. It establishes some hope in a very hopeless place.”

“Those are the moments that you live for as a teacher, when somebody shows you something that you know means something to them” says author and teacher Sarah Shotland, who co-founded Words Without Walls in 2009. Other former Words Without Walls teacher alumni have gone on to work in a variety of settings, including New Hanover County Jail in North Carolina; Orleans Parish Prison in Louisiana; Lazarus House, a transitional housing facility in New Orleans for those living with HIV and AIDS; Appalachian Prison Book Project in West Virginia; and Pittsburgh area resources like the Children’s Hospital of Pittsburgh, Resolve drug treatment center, Veteran’s Place transitional housing facility for homeless veterans, and Our Clubhouse, a support center for those touched by cancer.

It’s not just Chatham alumni who find Words Without Walls to be a life-changing experience. Inmates and survivors of addiction credit the program with introducing them to critical coping and communication skills, helping them find constructive outlets to express their rage and their optimism in ways they hope will connect with the people who read their work. Participants in the program have been nominated for and received numerous literary awards, including former inmate Eric Boyd, a winner of the 2012 PEN Prison Writing award who went on to earn his MFA from The Writer’s Foundry in Brooklyn. Boyd’s writing has appeared in Guernica, Joyland, and The Masters Review, and was nominated for a Pushcart Prize.

April 13, new work from the program’s participants will be performed by prominent Pittsburgh artists during a Words Without Walls fundraiser at the Irma Freeman Center. Tickets are available for $20, or $30 for a VIP admission that includes a chapbook of the evening’s writings. $20 Angel Admission tickets also are available, which allow someone who cannot afford a ticket to attend the event in the purchaser’s place. For tickets and more information about the event, visit http://www.littsburgh.com/event/words-without-walls-celebration-fundraiser/