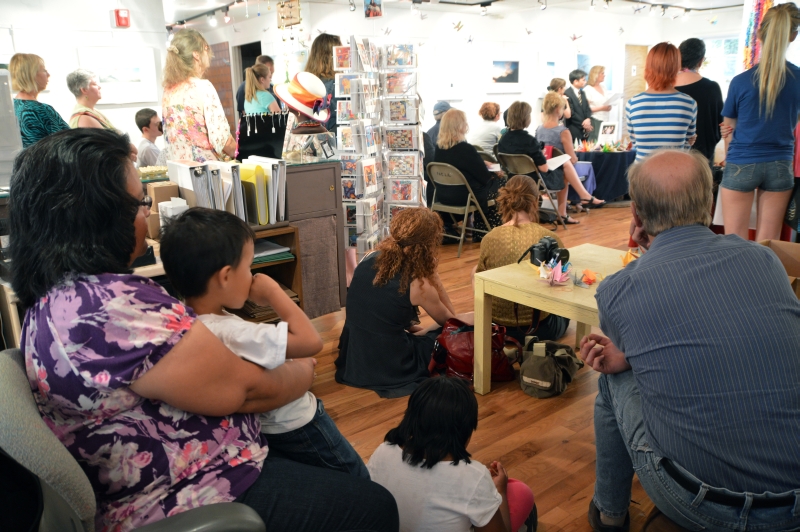 2014 NBA Draft Prospect Alex Kirk expressed his appreciation to the people of Los Alamos during an interview today at the Los Alamos Daily Post. Photo by Carol A. Clark/ladailypost.com 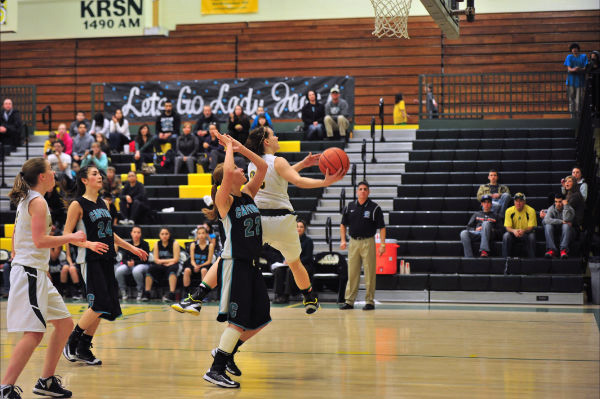 Los Alamos Native Alex Kirk will go down in history as the first player ever to make it to the NBA Draft who was born and raised in New Mexico and attended a New Mexico college.

The NBA Draft is early this evening at the Barclays Center in Brooklyn and consists of two rounds with 60 picks. Kirk, 22, stopped by the Los Alamos Daily Post headquarters at noon today to talk about what it has been like to make it this far.

“I’d like to just thank everyone who has helped me and supported me on my athletic journey and not just my basketball journey but everything from KinderKicks to Little League to here … all the parents, coaches, my teammates … throughout my career have supported me on this journey and helped make my dreams come true,” Kirk said. “They all mean so much to me.”

The 7-foot tall Kirk played center for the UNM Lobos for the last three years and averaged 13.3 points, 8.7 rebounds and 2.7 blocks per game last season. He ranks eighth in school history in rebounds with 685 and fourth in blocked shots with 168.

Kirk graduated last spring with a business degree before leaving UNM to enter the draft. Two other Lobos also entered the 2014 Draft including Cameron Bairstow and Kendall Williams.

Bairstow and former Lobos athlete Emmanuel Negedu have been best friends since the three entered UNM. Negedu accompanied Kirk and his father, Los Alamos County Municipal Judge Alan Kirk, to his interview at the Post today.

“Alex has been a great friend to me. We’ve been through hard times together and we’ve always been there for each other when either of us was down,” Negedu said. “I watched him come back from a back injury that took a year … he never gave up … he just kept fighting through the adversity, kept persevering and that shows character. He’s done everything the right way. Alex, Cameron and I are best friends and no matter what happens in the Draft process, they’ll be my best friends for life. I love them and I wish them the best of luck tonight.”

Kirk arrived at his parent’s home in White Rock Monday after participating in weeks of individual team workouts around the country.

“I think Alex has taken a very positive step forward in this process,” his father said. “He has worked hard and kept a good attitude and has had success from that and it shows that it doesn’t matter where you are from – if you work hard – you can have success.”

Kirk thanked his father, who coached him in high school basketball, his mother Pat and sister Erin for their encouragement and support.

“My dad is on top of every little thing and my mom is very excited,” Kirk said. “I think I underestimate how much she is into this – she and my sister both are very supportive.”

Kirk is a graduate of Los Alamos High School and Coach Mike Kluk has opened the gym for him to work out while he is in town. Kirk has been doing shooting drills and running and lifting some weights but also taking these days to rest his body, he said. His best friends from LAHS, Zach and Kyle Parks have been doing rebound work for him each day and he said that another of his best friends, Tyler Pientka, has been very helpful as well.

On Wednesday, Kirk and Negedu played basketball with the LAHS basketball team.

“I really want my success to be an ‘opening doors thing’ rather than a ‘look at me thing,’” Kirk said. “I hope it will show kids from small communities that if I’ve done it then they can do it, too. It proves that if you are willing to put in the work, then people all around you will support you and lift you up.”

ESPN will broadcast the NBA Draft beginning at 5 p.m. today.