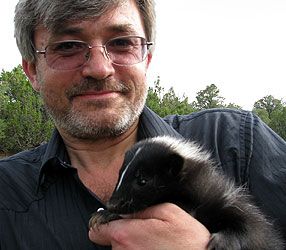 This family talk is free to Pajarito Environmental Education Center (PEEC) members and $5 per person or $10 per family for non-members.

Dragoo will talk about his years of skunk research, and give a behind the scenes look at the PBS Nature episode, “Is That Skunk,” on which he was featured.

However, “the skunk” refers to more than the well-known striped skunk. The Mephitidae or skunk family is composed of 12 species, which occur primarily in the western hemisphere with four of these species in New Mexico.

Skunks are a diverse group of carnivores living in a variety of habitats with different ecological requirements, and a wide variety of behavioral and reproductive idiosyncrasies.

Skunks also can provide economic benefits, but occasionally, individual animals are “perceived” as nuisance animals. The hope is that Dragoo’s talk will provide a better appreciation for these misunderstood critters. 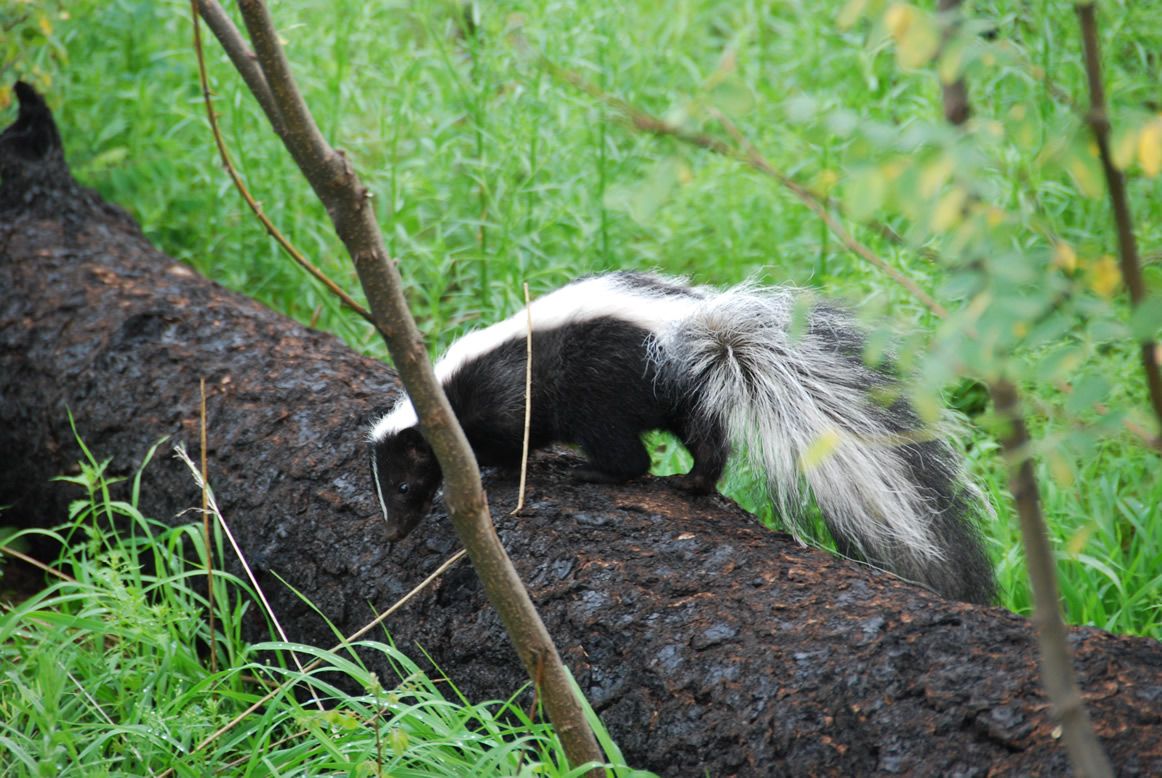 Dragoo, with his wife Gwen who is the head veterinary technician at the Albuquerque Biological Park, assists the Albuquerque and surrounding communities in association with Wildlife Rescue, Inc. of New Mexico in dealing with injured, orphaned and “problem” skunks.

Dragoo has published several scientific articles regarding skunks and recently published a chapter on skunks in the “Carnivores” book for the series “Handbook of the Mammals of the World.” He has a chapter in the book, “Urban Carnivores: Ecology, Conflict, and Conservation.” He also is co-writing a book concerning the skunks of Texas.

Dragoo has been featured nationally on NPR, ABC’s webpage (a poll was taken to determine if he was Mad or Rad), People Weekly, Outside Magazine, Discover Magazine, Current Science (a science journal for children), and Smithsonian Magazine.

He and Nigel Marvin (Discovery Channel) filmed skunks spraying for a BBC/Discovery Documentary on the human sense of smell.

Jeff Corwin also filmed his skunks for an episode of “Corwin’s Quest: The elephant’s trunk (smell.)”

For a link to view the entire PBS Nature episode “Is That Skunk,” or for more information on Dragoo’s upcoming talk, visit www.PajaritoEEC.org or call 662-0460 or e-mail Programs@PajaritoEEC.org.