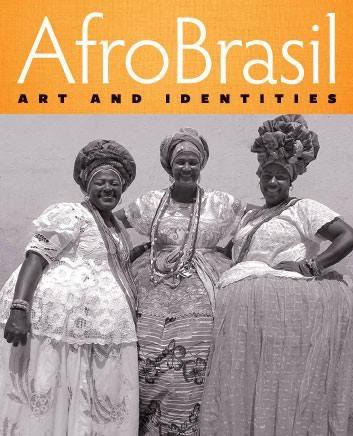 The National Hispanic Cultural Center is proud to announce its latest Visual Arts Exhibition, AfroBrasil: Art and Identities, in which AfroBrazilian artists and their colleagues from other countries address the complexities of Brazil’s heritage and its impact across frontiers and oceans.

Today, Afro-Brazilian art and identities continue to saturate the core of Brazilian culture and society but they may not rise, commensurately, to the surface in galleries, museums, or in the works of art historians. However, Dr. Tey Marianna Nunn, Visual Arts Director at the NHCC, said that the artists, writers, musicians, and critics who do tackle Brazil’s Afro-Brazilian reality often include personal experiences  in a unique multi-racial and multi-ethnic nation-state.

“AfroBrasil: Art and Identities demonstrates the multiple and important ways in which Afro-Brazilian artists and their colleagues from other countries address the complexities of Brazil’s African heritage and its impact across frontiers and ocean,” he said.

The exhibit is organized in four distinct, yet inter-related, exhibition sections that can be visited in any order so as to make different connections and gain different perspectives.

The second section highlights a series of lithographs from the University of New Mexico’s Tamarind Institute, whose 2012 project, “AFRO: Black Identity in America,” invited six artists—three from Brazil and three from North America — to collaborate and create works based on issues of identity.

And the final section draws again from the extensive Latin American collections of UNM’s Center for Southwest Research, as well as private collections. It portrays the Afro-Brazilian popular and religious culture of Candomblé, in its varied forms. From offerings to the Orixás (Yoruba deities) to posters popularizing the Orixás as super heroes, this component of the exhibition helps to contextualize all themes that run throughout AfroBrasil:  Art and Identities.

The National Hispanic Cultural Center is dedicated to the preservation, promotion, and advancement of Hispanic culture, arts, and humanities, and is a division of the New Mexico Department of Cultural Affairs.