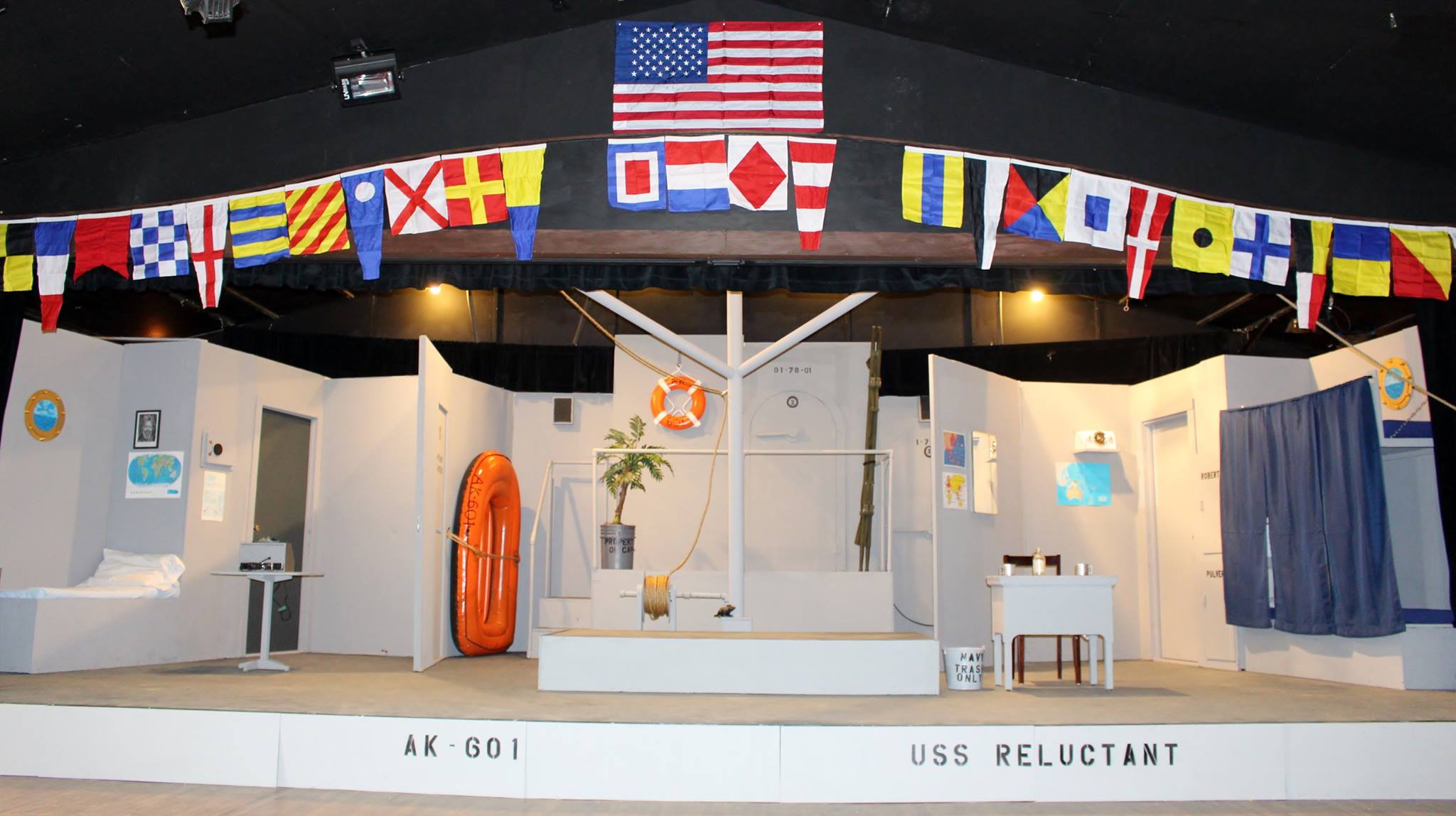 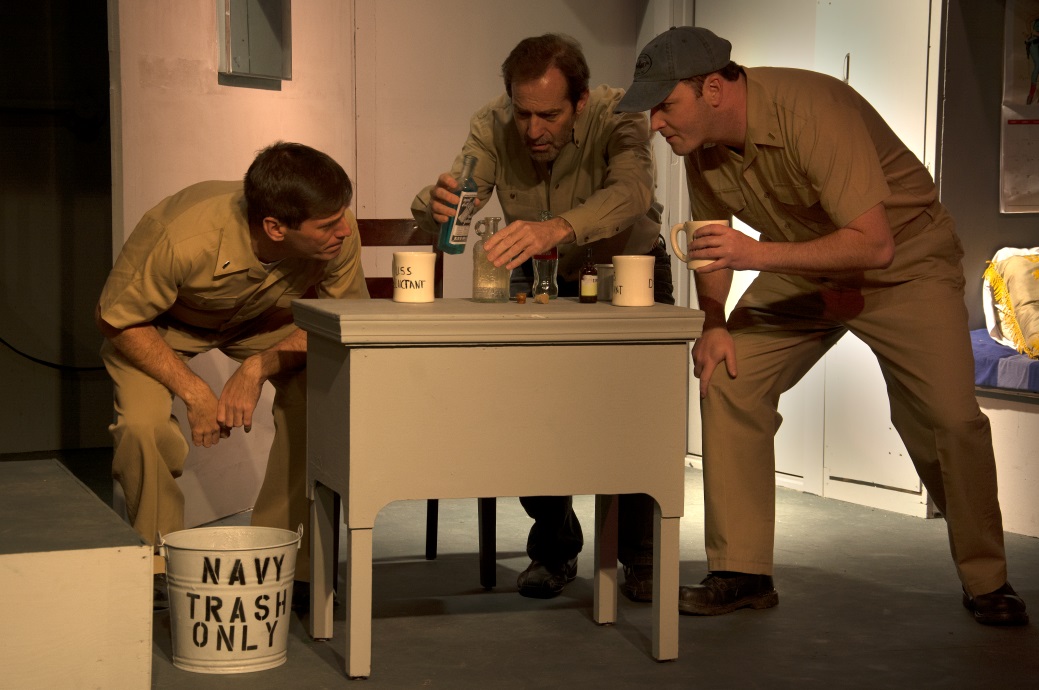 Welcome aboard a U.S. Navy Cargo Ship the USS Reluctant, which is operating in the back waters of the Pacific in the spring of 1945. This is not a very happy ship. The sailors aboard are suffering from the deadly boredom that comes from the routine delivery of cargo during wartime.

To make things worse, the ship’s captain is a cantankerous, small-minded man who refuses to allow the men liberty. The only ones making life on the ship tolerable are “Mister” Roberts, Doc, and the feisty woman-chasing Ensign Pulver. 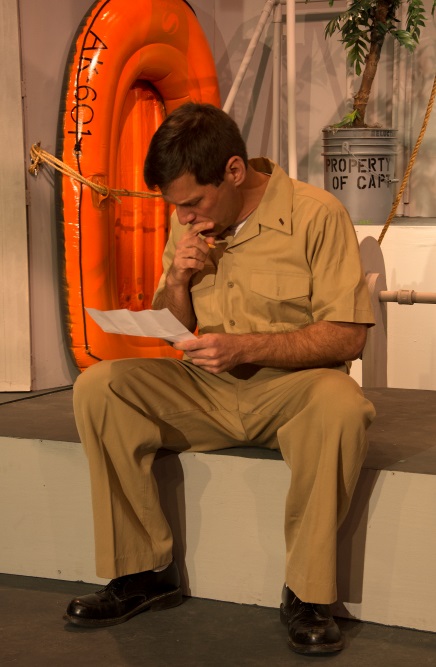 Mister Roberts shares the crew’s dislike for the captain which is one reason for his popularity. Roberts joined the Navy to fight, and hates being inactive almost as much as he hates the captain. He’s eager to get into the war before it ends. He is repeatedly writing requests for transfer off the “Reluctant” to a combat ship.

This infuriates the captain, who is struggling to get a promotion to commander. The crew finally gets its liberty, thanks to a deal Mister Roberts strikes with the captain sacrificing any further requests for his transfer. And what a liberty they have!

Brad Lounsbury, director of Mister Roberts, shares his vision for the production.

“After my 23-year Naval career, and my involvement with Los Alamos Little Theatre, I am pleased to bring to the local stage a play steeped in Naval tradition and experiences,” Lounsbury said. “I feel that it will entertain the audience and keep it spellbound throughout the performance. Mister Roberts does just that.”

“Mr. Roberts” had great success as both a long standing Broadway play and an eternally classic movie (starring Henry Fonda, Jack Lemmon and James Cagney). Its characters have broad appeal to all ages. It will be especially nostalgic and endearing for the many veterans in the audience.

Mister Roberts will be performed evenings at the Los Alamos Little Theatre on Fridays and at 7:30 p.m. Saturdays, March 13-28. There also will be two Sunday matinees at 2 p.m. March 15 and March 22. Tickets are $14 for adults and $12 for seniors/students. Matinee prices are $12 for veterans.

The Los Alamos Performing Arts Center is at 1670 Nectar St. Tickets are available at CB FOX, online at Brown Paper Tickets www.lalt.org, or at the door prior to performances.