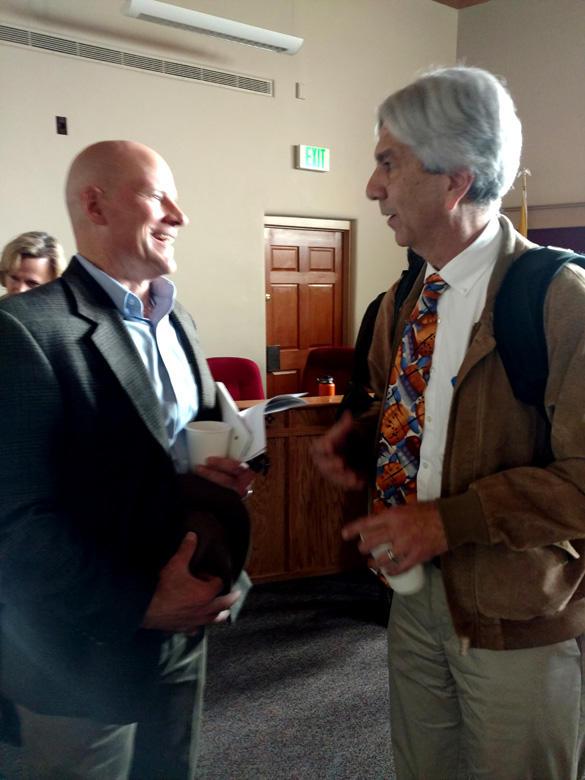 The Regional Coalition of LANL Communities opened its board meeting Friday with a moving tribute to former Los Alamos County Councilor Kristin Henderson, who stepped down from the board as secretary-treasurer. 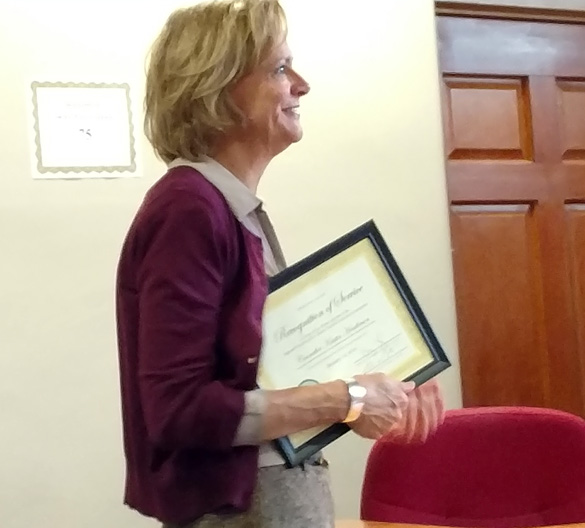 Henry Roybal, the recently elected chair of the Santa Fe County Commission was chosen by the board to be the next secretary-treasurer. During the meeting it also was announced that Katie Roberts would be leaving her position at NMED within days. A frequent visitor at the coalition meetings, she is the director of resource protection at NMED and is taking a job in Alamogordo.

Leading off the chorus of compliments for Henderson, RCLC Executive Director Andrea Romero said, “She has been such a major asset to the regional coalition of communities.” Romero noted that Henderson also served the national energy communities alliance as their secretary-treasurer, where she represented New Mexico at the national level.

The other board members piled on the praise as well, but board chair and Rio Arriba Commissioner Barney Trujillo had the last word. “We’re going to miss you, Kristin,” he said

“I appreciate all your kind words, and I really enjoyed working with all of you on this important work,” Henderson said in return, mercifully brief and to the point as usual.

The morning’s agenda in the council chambers in Española’s City Hall included PowerPoint presentations on two major environmental projects, related to the Los Alamos National Laboratory communities. One that requires a lot of attention is the Department of Energy’s Environmental Management Legacy Waste Cleanup. The other, scheduled for completion by October 2018, is under the direction of Pete Maggiore and the National Nuclear Security Administration, having to do with five Supplemental Environmental Projects in the area that were funded as part of the settlement for violations related to the radiation breach that caused the closure of the Waste Isolation Pilot Plant nuclear waste depository in southern New Mexico.

The board also heard a presentation by Carla Rachowski, associate director of the Regional Development Corporation, a non-profit organization in the difficult but feasible business of creating jobs throughout the Northern New Mexico region.

Among RDC’s main programs, one that will be calling for applications in February is the Venture Acceleration Fund, in a partnership with Los Alamos National Security and the LANL Feynman Center, providing early stage seed funding for viable startups, along with customized training, expert workshops and technical assistance to increase the odds for success. A related, but separate program, the Native American Venture Acceleration Fund opens its call for applications in the fall. These are just one part of a much larger strategic program working on a 20-year time scale.

During presentations last year, Hintze tutored the coalition about the vagaries of the federal appropriation process in its annual waltz with Congress. He walked board members through the key pressure points for timing and reviews, most of which were long passed at that time and very late this time around. He suggested that a piece of the puzzle that has been missing for LANL’s efforts to enhance funding for cleanup projects has been an unfinished and changing document known as the Life Cycle Base Line, an estimate that details projects and costs from beginning to end. LANL’s project may be 25 years long and has many imponderables to try to budget.

This year, four months into the fiscal year, there is not yet a budget approved for next year, Hintze said at Friday’s meeting, although there is a continuing resolution through April 28. Then, because of the change of administration, the FY2018 budget for next year, which would normally have been ready to be released in February, will probably not even start moving until sometime later. Among recent penalties, not having an overall baseline cost estimate was blamed for the fact that LANL was the only one of 16 laboratories for which the administration’s budget request was reduced. While most of the others were increased, or at least held even, LANL’s came down, although some of that has been restored. 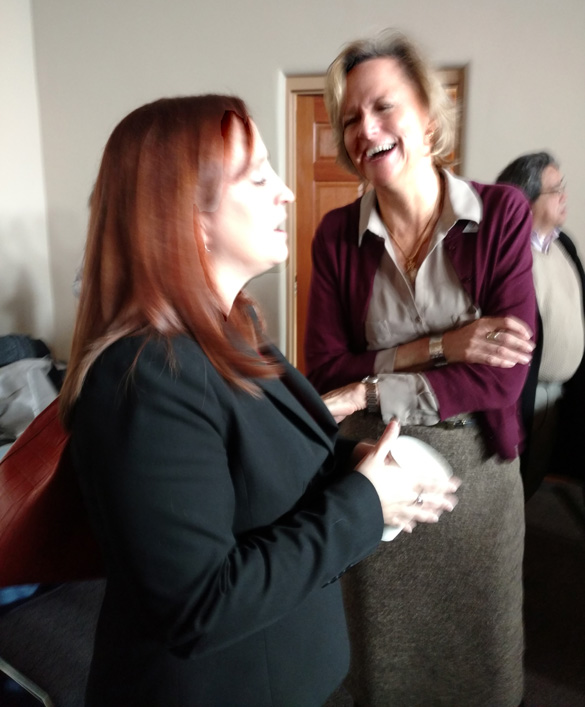 The quest for the baseline has now been satisfied, at least for a while, thanks in part to the concentrated push of the Regional Coalition during a period that Henderson played an effective role.

“I think we’ve had some real successes with the coalition,” Henderson said after Friday’s meeting.“One of them was getting that baseline document out.” She said the best thing about the group was getting the support of the local communities. “A big issue in New Mexico is having all of us work together,” she added. “We don’t need to work at cross purposes.”