Movie Review: ‘Les Miserables’ – a Story that Stands the Test of Time 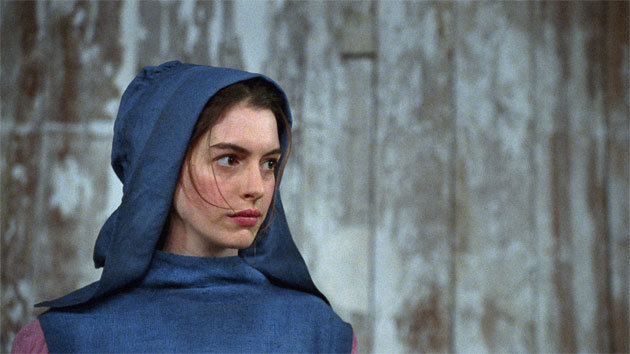 Anne Hathaway in ‘Les Miserables.’ Courtesy/Universal
Les Miserables – a Story that Stands the Test of Time
Review by Kirsten Laskey

A truly great story contains a special quality. It can be revisited again and again and never become dull or tired. Victor Hugo’s “Les Miserables” is one of these stories.

The French writer wrote the story in 1862. It transferred from paper to stage in 1985 and became the second longest-running musical in the world.

Then in 2013, “Les Miz” transformed again, this time as a movie. And that special quality has never faded.

The musical, which chronicles the events of the revolutionary period in French, focuses on the trials of Jean Valjean, an escaped convict who struggles for redemption and to aid those who come across his path.

Among those Valjean aids is Fantine, a woman who worked at his factory but then tragically is forced into prostitution. On her death bed, Valjean promises to find and care for her daughter, Cosette.

This isn’t an easy task since a police officer named Javert is fiercely dedicated to catching Valjean and putting him back into prison. Meanwhile, in the streets of Paris there is another fierce passion throbbing and burning in hearts of its citizens – to spark a revolution.

The music and the songs of this musical are just as timeless as the story itself. The notes and lyrics express epic emotions – despair, hope and love.

So it is no surprise that this musical is beloved world wide. These are extremely big shoes for a film version to fill but the movie proved to be a perfect fit.

Every actor and actress in the film shined, Anne Hathaway, Hugh Jackman, Amanda Seyfried, Samantha Barks just dazzle. I had no idea Russell Crowe could be such a wonderful crooner.

Sacha Baron Cohen and Helena Bonham Carter are awesome as the wicked and devious Thénardiers, innkeepers who run what may have been the world’s first flea-bag motel.

The Paris Hugo wrote in the story was masterfully re-created in all its muddy, rain-soaked and soot-stained glory. It’s certainly not pretty but definitely unforgettable.