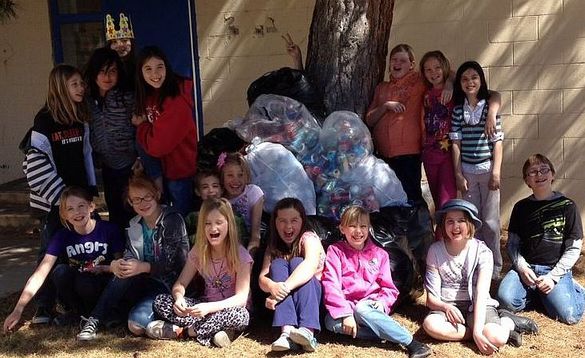 Schools across America recycled more than 4.5 million aluminum beverage cans in the second year of a national recycling competition sponsored by the U.S. can industry nearly doubling last year’s effort.

The Great American Can Roundup raised $100,591 for school activities and local charities across the country.

More than 790 schools from all 50 states participated in the second annual contest, which runs each year from Nov. 15 (America Recycles Day) to April 22 (Earth Day.)

Mountain Elementary School’s Green Team in Los Alamos was awarded the prize for highest pounds of aluminum collect per school population for the state of New Mexico. 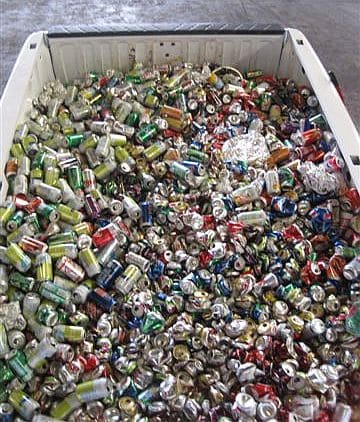 About 110 pounds or 3,675 cans fill the bed of this County truck and is the result of the recycling efforts of a dynamic group of students called the Green Team at Mountain Elementary School. Photo by Karen Henderson

The Green Team collected 899.40 pounds of aluminum with a recycling rate of 2.07; approximately 30,875 aluminum cans.

The Can Manufacturers Institute awarded the Mountain School Green Team $1,000.

The Green Team has decided to donate their winnings to the local charity Heart and Soul Animal Sanctuary. The Green Team is made up of 4th to 6th grade students.

They weighed the bags of cans with the guidance of Tom Nagawiecki from Los Alamos County’s Eco-Station and School Advisor Michele Altherr.

The Green Team placed the week’s worth of cans collected into a County truck to be recycled by Los Alamos County.

The Green team then awarded a golden can trophy to the highest amount collected cans from given class per week.

With a recycling rate of 70.49 pounds, Expedition Academy in Green River, Wyo., was the national champion for the second year running.

The second place team from New Mexico was Broadmoor Elementary School with a recycling rate of 1.98.