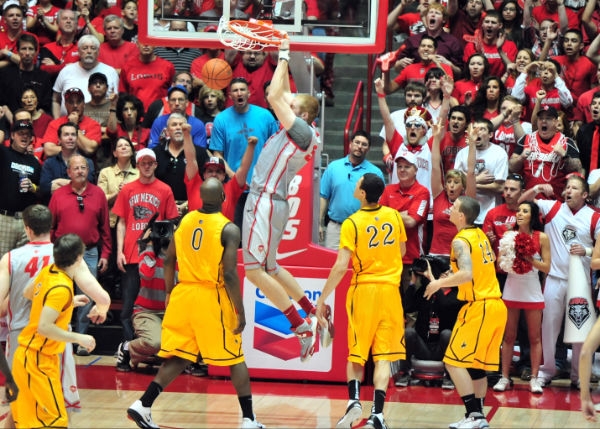 This is the third career Mountain West weekly accolade for both Marks and Kirk.

The 7-footer also blocked three shots, had three assists and pulled down seven rebounds. Against the Cowboys on Saturday, Kirk was again the Lobos’ high scorer, this time with 15 points.

He also added a team-best nine rebounds and two blocks. Kirk finished the week shooting .560 from the field (14-of-25), including 4-of-6 from 3-point range, and was a perfect 8-for-8 from the free-throw line.

Against Nevada, Marks dished out a team-high eight assists and also had six points, seven rebounds, four steals and two blocks in the 73-47 home victory.