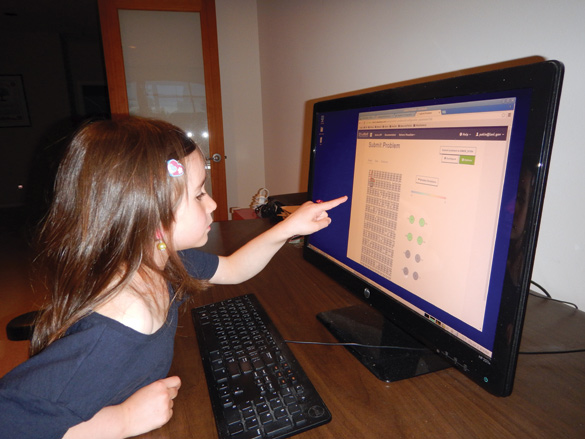 Quantum history-maker: Sophia Pakin, in the first grade at Mountain School, was the first person in the world to program a quantum computer before she learned how to program a classic computer. Courtesy photo 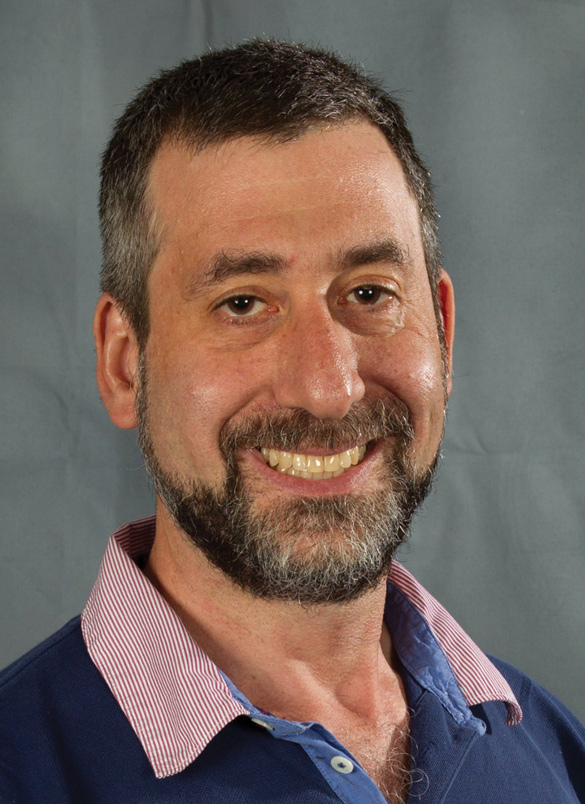 Quantum Dad: Scott Pakin, a computer scientist at LANL, is the scientific and technical point of contact for the laboratory’s new D-Wave quantum computer system. He thought of a problem for his daughter Sophia to solve in the quantum world. Courtesy photo

According to Scott Pakin, his daughter Sophia is the first person in the world who learned to program a quantum computer before she learned how to program a classic computer. Six years old and in the first grade at Mountain Elementary School in Los Alamos when she accomplished that feat, Sophia also has set the bar as the youngest quantum programmer.

“The lab recently purchased the D-Wave and we’re their third customer,” Scott said.
“I was using it at work and at night at home and I thought that would be something that Sophia would be interested in playing with, so I taught her the basics and came up with a simple problem she would be able to work on herself.”

“There are four things you could tell the D-Wave to do,” he said. “You could say you prefer something to be true or false and that you prefer these two to be the same or different. You could also say how much you prefer one or the other,” indicating with a graphical slider that you can move between plus one and minus one. Then, the D-Wave will propose solutions that meet those constraints as best as possible.

Classical computers are programmed to solve problems; in quantum computers, problems are mapped into a search for the best possible outcome.

So, the puzzle for Sophia was how she could map her class into two teams. With her list of classmates represented by circle on graphical interface, she began to see some pairs that belonged together. Of course she wanted to be on the team with her best friend, for example, and others could be represented as more or less together or not together.

The funny thing was, Scott recalled, when the problem was first submitted to the computer and the answer came back, its solution was to put everybody on the same team, because there was a continuum among the members of the class that included everybody. So Sophia learned how to adjust the weight of the preferences so that she was on a team with her friends and the other kids were on the other team.

As Scott has explained in power point presentations, most recently at the Supercomputing 2016 conference last week in Salt Lake, the lab is “testing the waters” of quantum computing because modeling nuclear weapons without actually testing them, requires more and more computational performance and there are concerns that classical computers may finally be running out of steam.

The D-Wave quantum computer is about 10 ft. by 10 ft. by 12 ft. in an enclosure. “The chip is the size of your pinky nail, so that’s the processor,” Scott said. “But in order for the quantum magic to happen, the temperature has to be kept at an extraordinarily cold temperature – 1/100  of a degree above absolute zero,” which is 100 times warmer than the deepest regions of outer space.

Will quantum computing fill the bill?

“It’s too early to tell,” said Pakin.  “It’s great that we’re able to get in on the ground floor and see what this is able to do, long before it turns into something useful.”

Quantum computing opens a different dimension of values, he said. “There are so many possible answers that you couldn’t search all of them in the age of the universe, but you could get a pretty good guess (with our D-Wave) in 5 millionths of a second. You might not get the best answer, but you’ll get a good answer that fast.”

Currently, researchers at the lab are experimenting on problems of image and object identification, issues in graph theory, and path optimization. A biologist studying a protein wants to identify secondary structures and figure out what purpose they serve.

Scott Pakin has a PhD in computer science from the University of Illinois, Urbana-Champaign.

He said he has no background in quantum or physics, but a lot of experience in high performance computing systems and moving data from one machine to another. In an effort to understand why some programs run fast and others slow, he has been particularly involved in performance analysis. He said that his work with the D-Wave was a matter of being in the right place at the right time.

“This is the most fun I’ve had since graduate school,” he said.