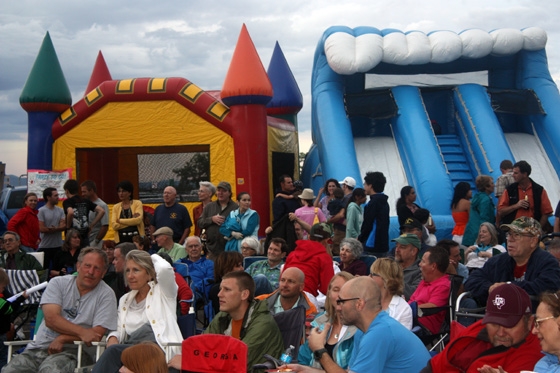 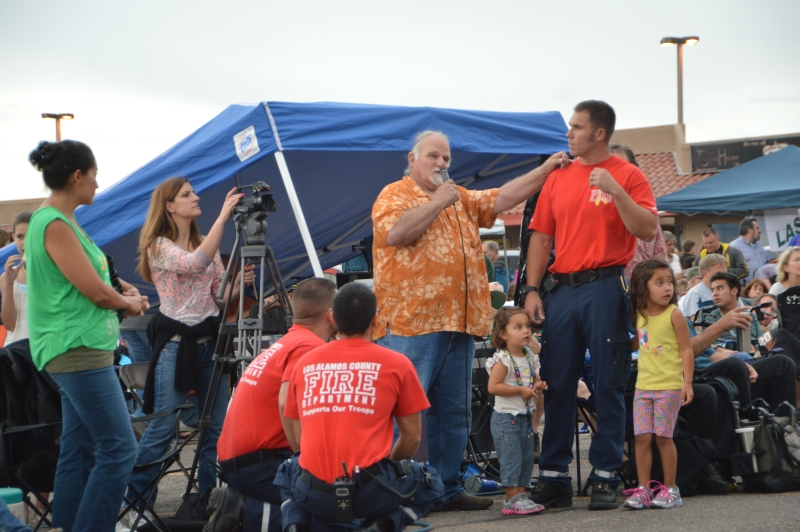 Concert Promoter Russ Gordon introduces Los Alamos firefighters who were raising money for the families of the 19 Granite Mountain Hot Shots who lost their lives in the line of duty while fighting the Yarnell Hill Wildfire in Arizona earlier this month. Photo by Carol A. Clark/ladailypost.com

The Summer Concert Series is presented free of charge to the public by the County of Los Alamos and a variety of businesses, professionals and neighbors of the community.

The Series is coordinated and managed by Russ Gordon of Gordons’ Concerts of Los Alamos. This series of Friday evening concerts-in-the-park spans the summer from late May into early September and is held at various locations around the county.

Each year thousands of residents and visitors take advantage of the beautiful park venues, pulling up lawn chairs and enjoying an eclectic variety of talent from rock to blues, jazz, country, Latin, Americana, African and World rhythms and more, including Russian Rokenroll. 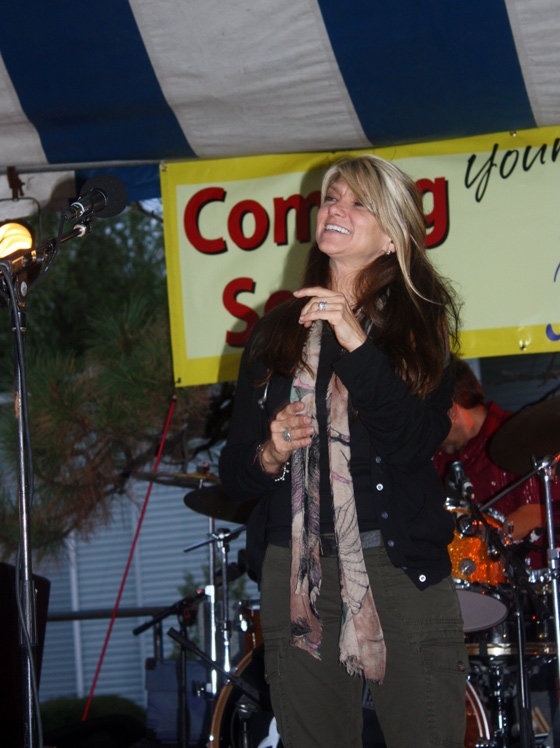 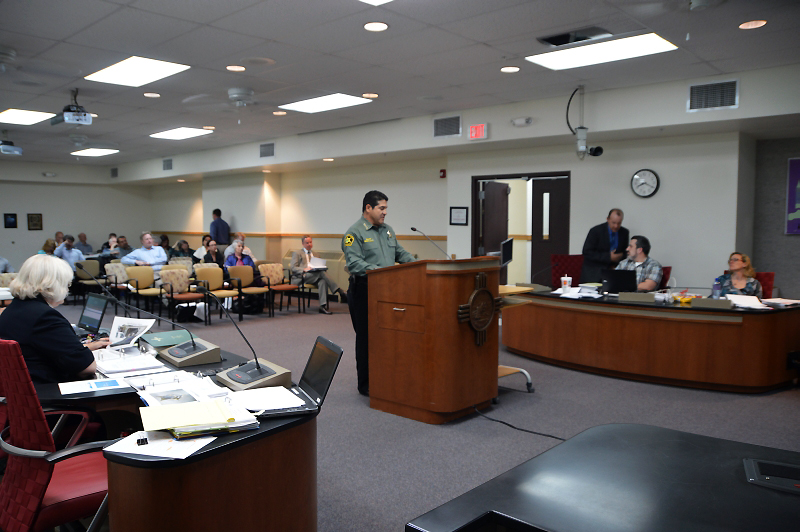 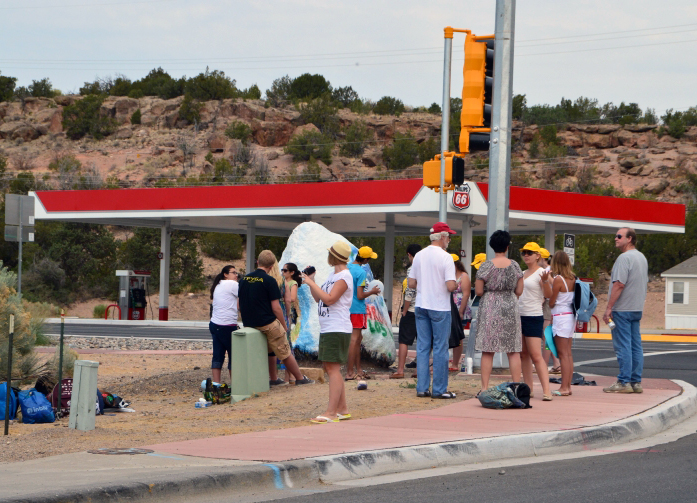 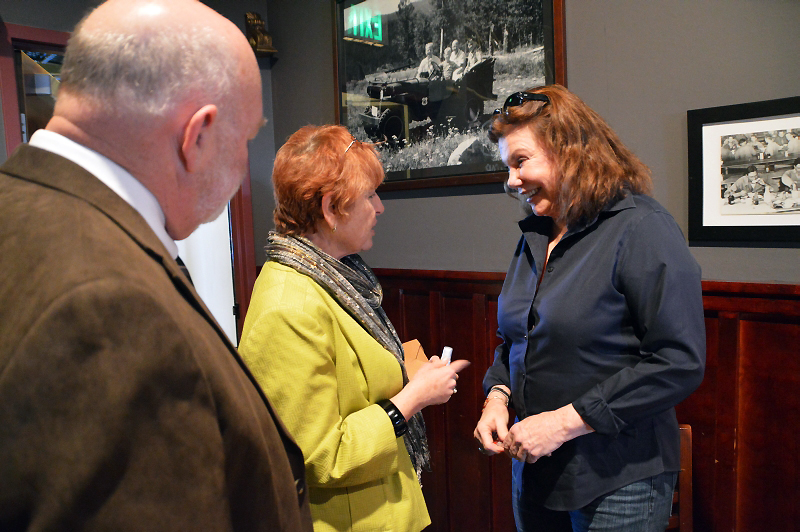 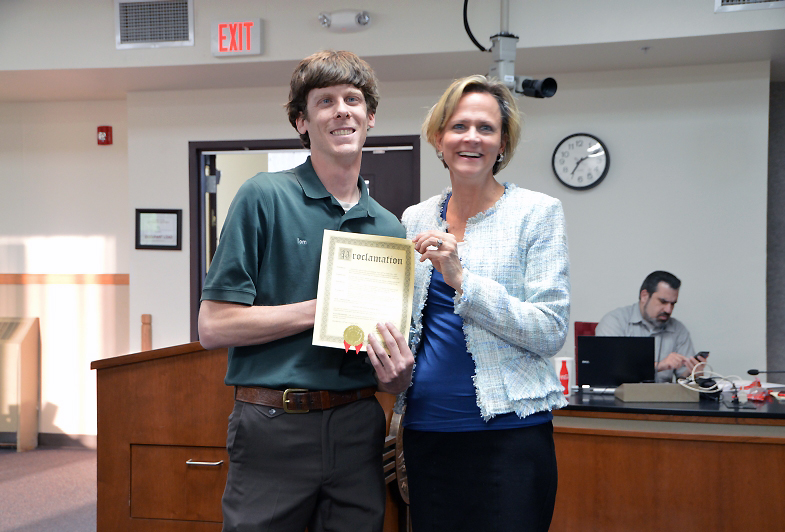 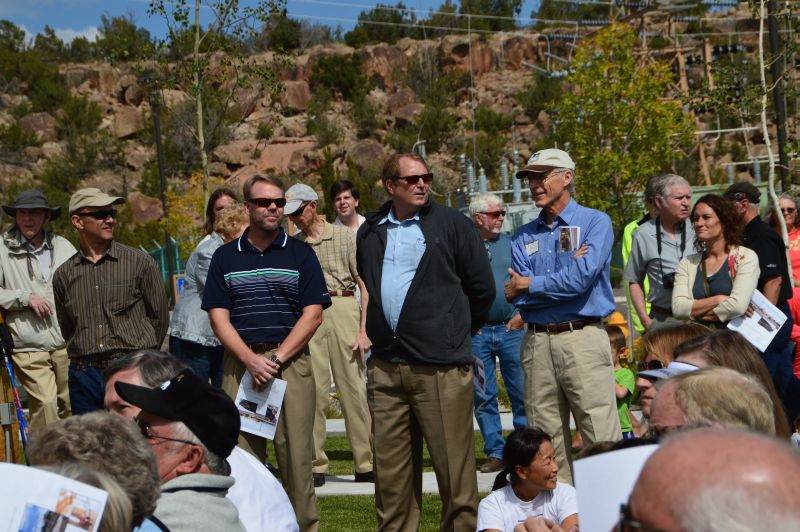 A concert goer rocks it out on his air guitar as Russ Gordon chats with friends. Photo by Carol A. Clark/ladailypost.com 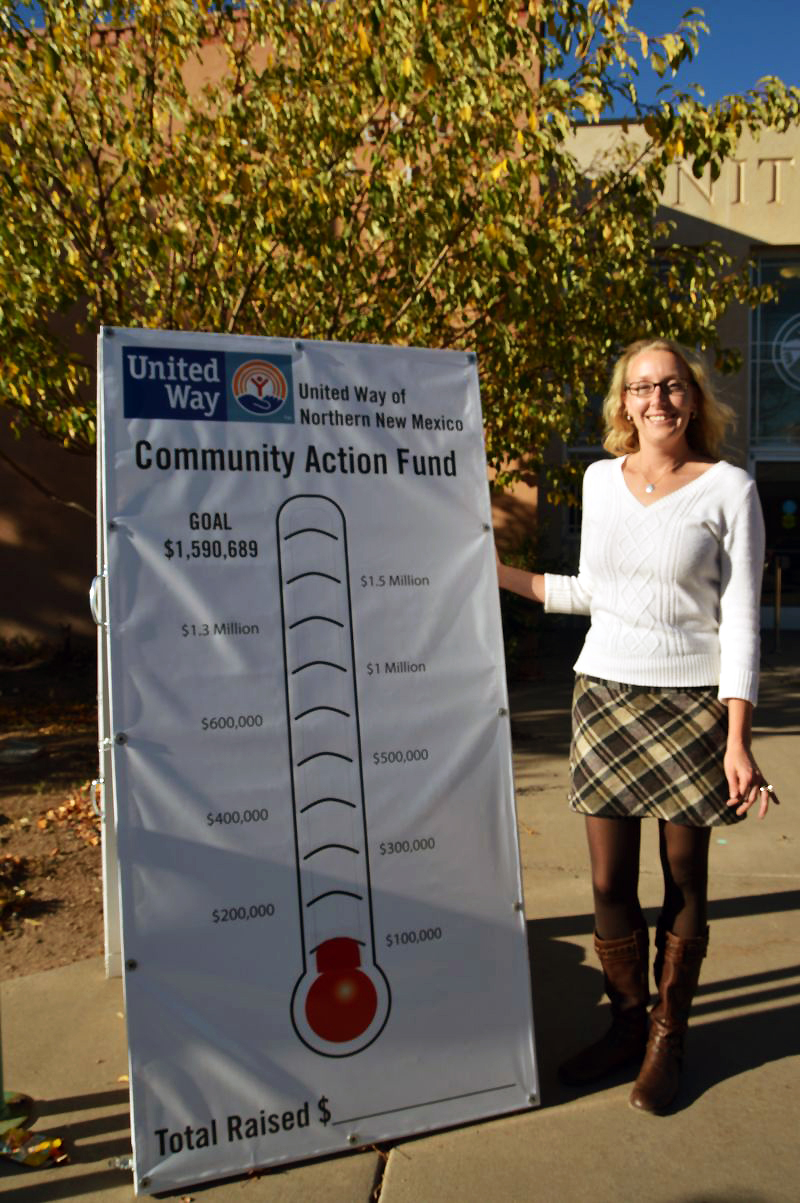