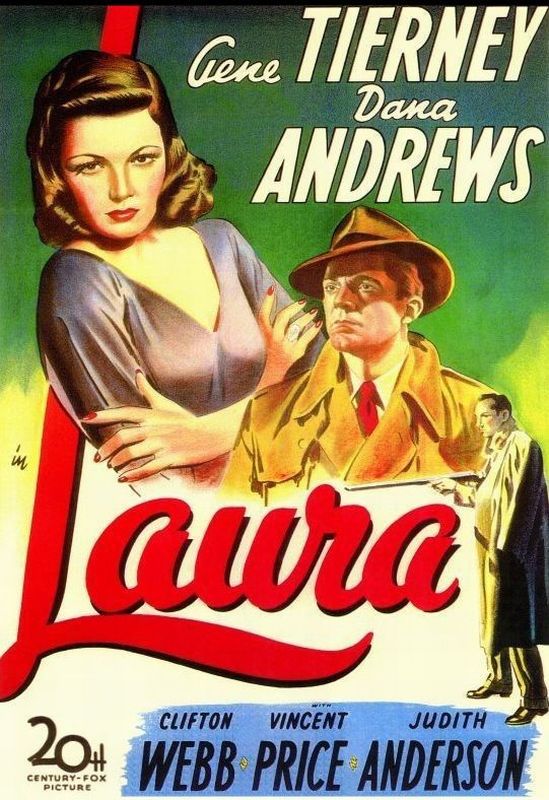 If a leading lady in a 1940s Hollywood film noir is smart, sweet, witty, beautiful, and kind, two things are certain. One, every man onscreen will fall in love with her, and two, she has to die.

Mesa Public Library will screen “Laura” at 6:30 p.m. Thursday in the upstairs meeting-room “theater” as part of its Free Film Series.

Or at least, she was. In the film’s opening scene, Det. Lt. Mark McPherson (Dana Andrews) visits Lydecker to question him about Hunt’s murder. While they speak, Lydecker, an older gentleman with many connections and a penchant for flagrantly self-serving behavior, eventually rises from the bowels of his interrupted bath to dress and accompany the well-proportioned detective on the rest of his interviews.

Who killed Hunt? It almost doesn’t matter. The murder and its droll aftermath offer so much fun on their own.

As always, thanks to the Friends of Los Alamos County Libraries, admission to this film is free.

On May 7, the Free Film Series presents “The Lunchbox,” a 2013 Indian romance wherein a young woman and an older man connect through a lunchbox delivery error.

For more information, call the library at 505.662.8240 or check online at http://www.losalamosnm.us/library/Pages/default.aspx under “Upcoming Events.”