‘Merry Wives’ Kick Their Heals in This Lively Production 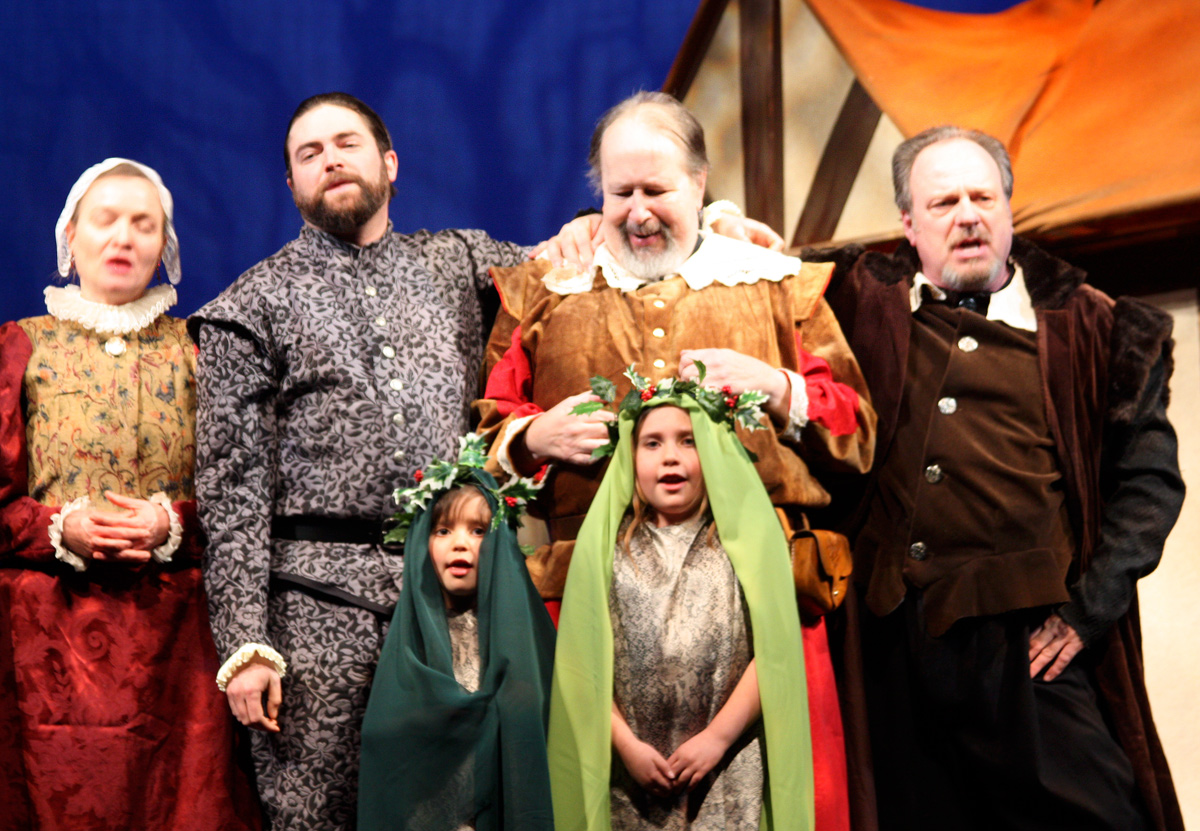 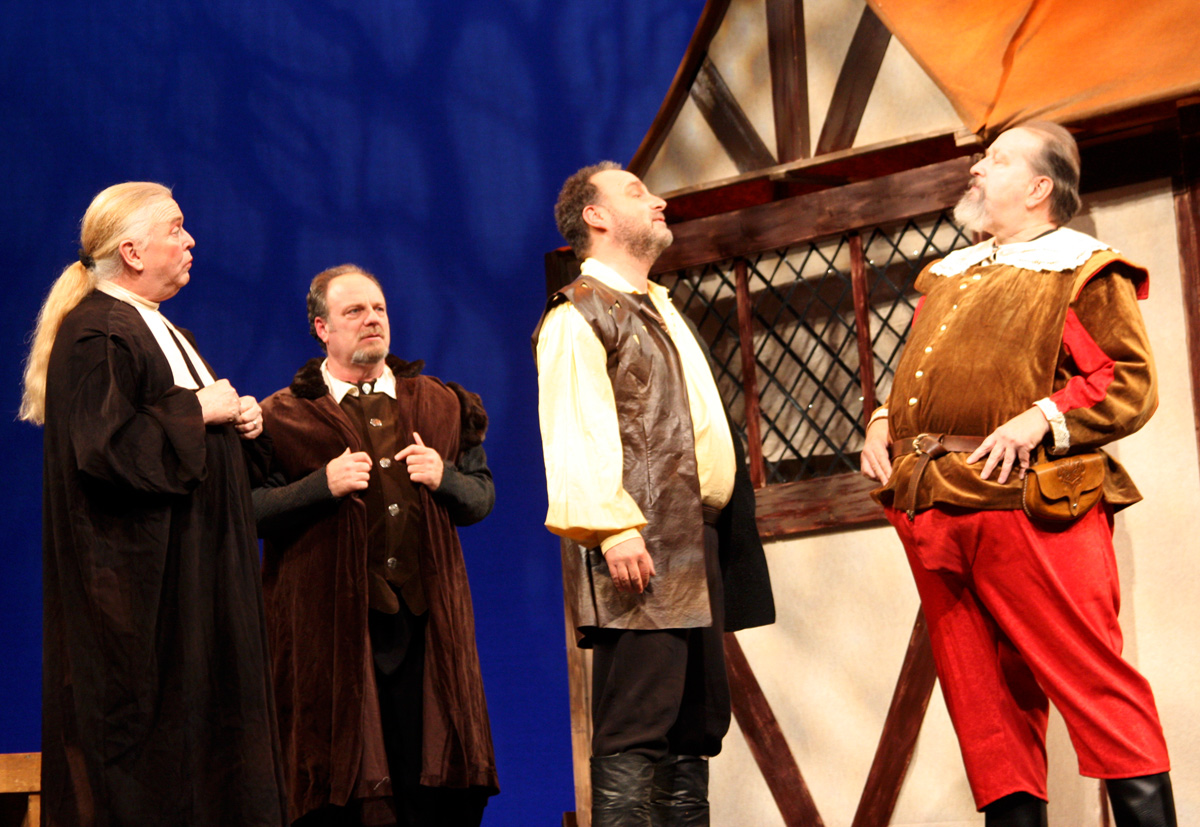 The Arden Shakespeare Festival brings a polished and fun production of Shakespeare’s “The Merry Wives of Windsor” to Santa Fe this weekend.

Shakespeare’s most middle-class play, and one of his most farcical, “Merry Wives” uses broad humor, sexual puns and general silliness to poke fun at those on top by those below them in the social hierarchy. Servants uniformly get the better of their masters, children out-maneuver parents, the middle class characters outwit the gentry and most notably, women outsmart men.

The main subplot concerns the portly knight, Sir John Falstaff, played with bluff good humor by George Williams. There is a story that Queen Elizabeth so enjoyed the character of Falstaff in the history plays, she asked Shakespeare to write another play about him, and he wrote “Merry Wives.”

Falstaff ends up as straight man in this play. The roistering, puffed up Falstaff attempts to seduce, not one, but two well-off middle class wives in an effort to get his hands on their gold. Mistresses Ford (Diane Velutich) and Page (Deborah Dennison) compare notes and plot revenge on the philandering knight, and manage to teach Mistress Ford’s jealous husband a lesson as well.

In a second subplot, three men vie for the hand of the lovely Nan Page (Stephanie Anne Landers.) The first, Slender, (Nathan Brimmer) is a rich but brainless swain whose inept wooing succeeds only in provoking giggles from fair Nan. The second, a French doctor, (Jim Cady) is much too old and pompous for the lively Nan. While her father favors Slender and her mother Dr. Cauis, Nan herself is sweet on Fenton (Steve Weir), whose noble background and bad boy past make her parents suspicious. 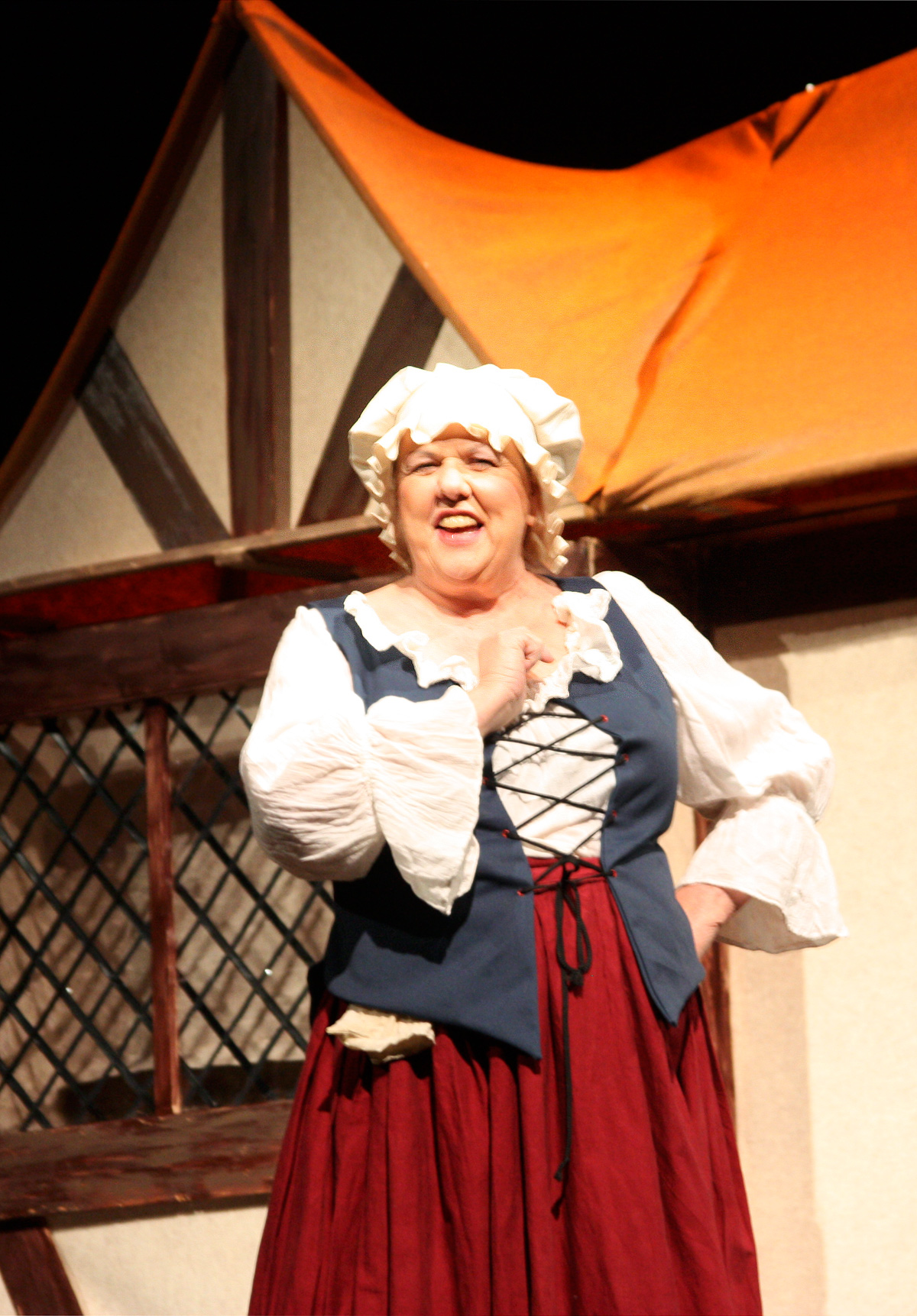 My favorite part of the play was the friendship between the two “merry wives.” Velutich and Dennison bring their bond to life and engage all our sympathy. The ladies also get many of the best lines, such as “I will find you twenty lascivious turtles ere one chaste man.”

All’s well and everyone the best of friends by the play’s conclusion. Even the ill-used Falstaff is willing to have a laugh at his own expense. The whole affair is so good hearted and everyone seems to be having such a good time that we’re willing to overlook some of the broad humor which might provoke groans rather than guffaws in another production. The inclusion of extra music just adds to the gaiety.

The cast is uniformly good. Los Alamos actor David Buckland manages the difficult task of handling Shakespearean languge in a Welsh accent with aplomb. He’s the soul of benevolence as the clergyman Hugh Evans. Robyn Reede does a fine job with Mistress Quickly, the maid who has her nose in everyone’s business and a hand in everyone’s pocket.

Deft direction by Deborah Dennison and Jane Lancaster and the simple, but clever sets by Alice Irwin add to the thorough-going professionalism of production.

This is a chance to see one of Shakespeare’s less frequently performed comedies in the hands of a polished cast.

The play will continue at 7:30 p.m. tonight and at 1 p.m. Sunday at the James A. Little Theatre, 1060 Cerrillos Road in Santa Fe. Tickets are $20 ($15 seniors and students.) Last minute student rush tickets are $8 10 minutes before curtain. Call 505.602.7479 for tickets. Tickets are available at the box office, opening one hour before the show. Cash, checks and credit cards accepted. Group sales are available. 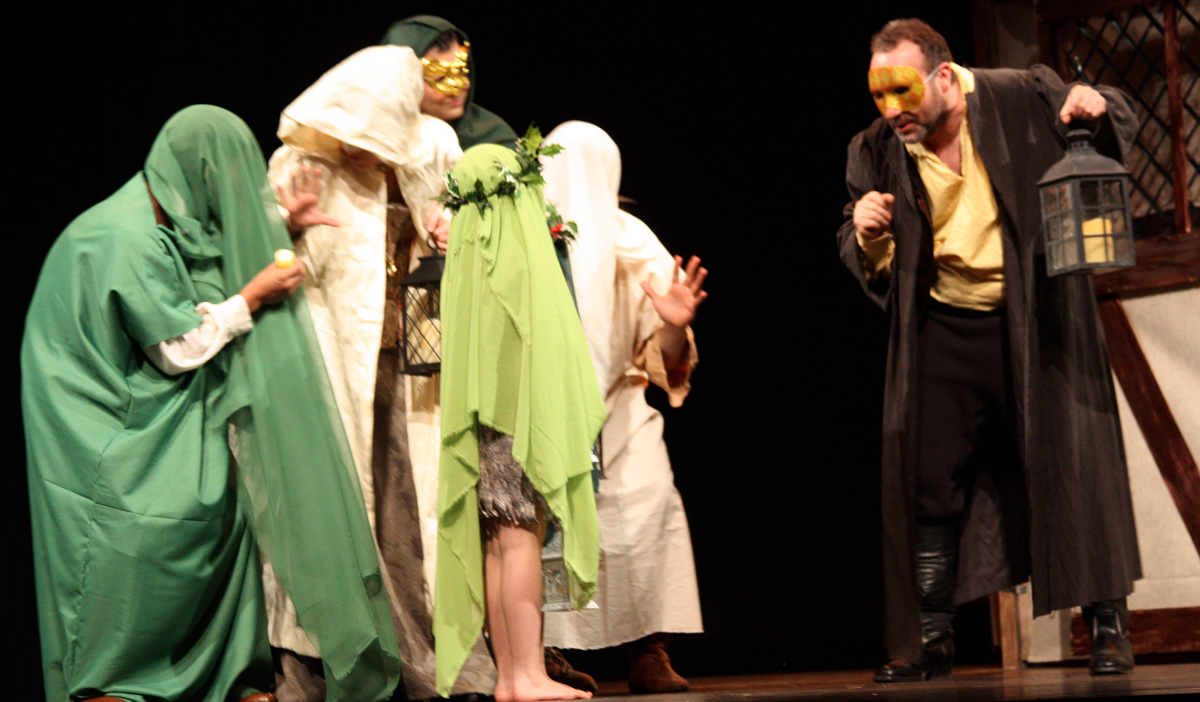