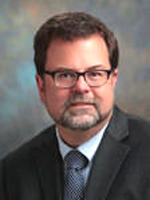 Leaphart spoke by telephone Wednesday to the Los Alamos Daily Post about his new position, which he is scheduled to begin Jan. 3.

Leaphart and his fiancé Erica plan to get married the Saturday after Thanksgiving and move to Los Alamos as a couple to start their new lives, he said, adding that he also will be bringing his 1-year-old Boston Terrier Otto.

“This has all been very wonderful for us,” Leaphart said. “We are having our belongings shipped out on Dec. 23rd and we plan to visit relatives for Christmas and then take a nice slow road trip to Los Alamos via New Orleans and San Antonio … we plan to arrive in Los Alamos by New Year’s Day.”

Both Leaphart and his bride-to-be enjoy hiking, he said, adding the he has traveled the southwest over the years and spent time hiking the trails.

Leaphart has been working as a litigation attorney for Wright & Edwards, P.C. since September 2015 in Statesboro, Ga. In addition to his city attorney work, he has been handling select civil and criminal litigation matters. His civil litigation practice expands the firm’s traditional transactional practice to better serve all the legal needs of the firm’s client base, he said. In addition to business, real estate, and probate litigation, there is a focus on domestic litigation as well as litigation involving injuries to health. He also has continued to serve as a Criminal Justice Act panel attorney in the Southern District of Georgia as well as appellate counsel for the Georgia Public Defender’s Standards Council.

Leaphart has served as attorney for the City of Statesboro since December 2011. In that position he has served as the general counsel to the municipal corporation of the City of Statesboro, he said. The City Attorney’s duties include representing the City in litigation; drafting and reviewing legal instruments that concern the rights and obligations of the city; providing legal counsel and legal opinions on matters relevant to the City, and supervising and working with outside counsel who represent the City.

His prior work experience includes serving as an attorney and counselor at law at The Leaphart Law Firm LLC June 2001 to September 2015 where he worked to resolve hundreds of state and federal criminal cases through motions, trials and pleas. He resolved hundreds of civil actions through litigation, mediation and trial involving business disputes, probate, domestic relations, serious personal injuries and property disputes. He engaged in a transactional law practice, which included creating corporations and other business entities, advising on corporate governance, advising on real property transactions and complex business transactions. Leaphart also represented individuals and corporations before local, state and federal administrative agencies and boards.

January 2000 to May 2001, he served as a law clerk for the Superior Court of Rockdale County where he clerked for the Honorable Sidney L. Nation and the Honorable David B. Irwin. September 1996 to January 1999 he worked as a law clerk at the Office of General Counsel, State Bar of Georgia where he wrote Letters of Instruction, reviewed panel reprimands and public reprimands per the instructions of the Disciplinary Panel of the State Bar of Georgia. He also researched and drafted memorandums of law as directed by counsel. July 1990 to July 1993, Leaphart was an assistant English teacher in the Japan Exchange and Teaching Program.