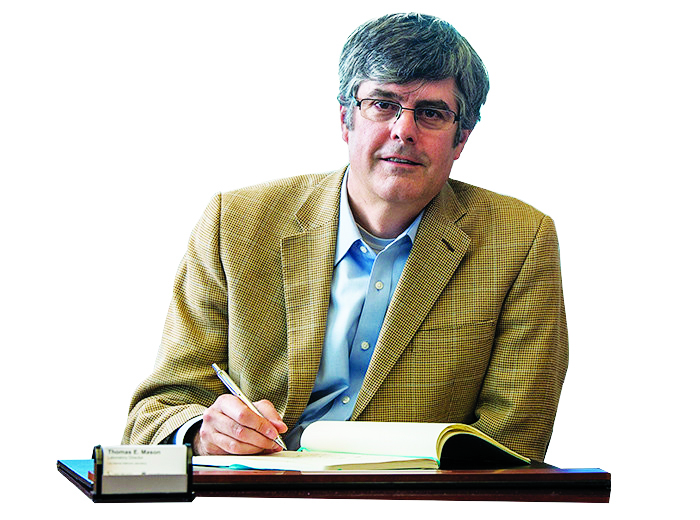 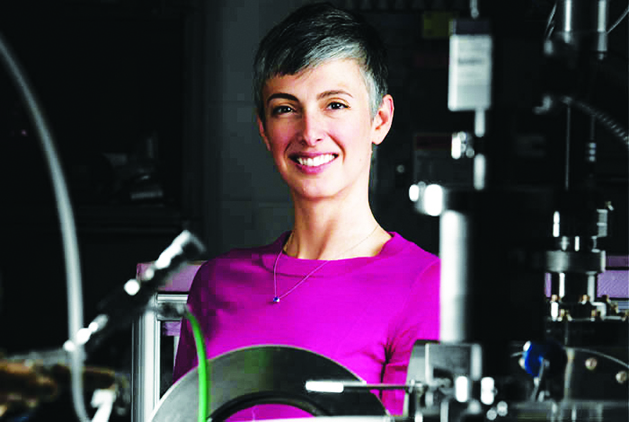 At LANL’s Community Conversation Wednesday, Nina Lanza, team lead for Space and Planetary Exploration, spoke about her work on SuperCam, a key component of the Mars rover Perseverance developed at LANL. Courtesy/LANL

Mason began by touting recent research in using the LANL proton accelerator to produce specialized isotopes to fight cancer by zapping diseased cells. That’s not LANL’s only recent contribution to medical science. New software can simulate the brain and how it reacts to trauma in order to help doctors treat brain trauma, Mason said.

The Lab’s long history of monitoring infectious diseases has made it uniquely prepared to tackle COVID-19, Mason said.

“Our COVID model is used by CDC and by the state of New Mexico,” he said. “LANL is leading the COVID-19 testing team for DOE’s National Virtual Biotechnology team.”

LANL’s modeling techniques can forecast the movement of new variants through populations and predict the need for equipment such as ventilators in the future. He added that $18 million from the CARES Act made this work possible.

LANL has used the pandemic as an opportunity to try new approaches to work, Mason said. Seventy percent of employees are teleworking, while the 30 percent on site are working staggered shifts.

Mason introduced Nina Lanza, planetary scientist and team lead for Space and Planetary Exploration. She discussed he mission of the Mars rover Perseverance, which landed on Mars, Feb. 18, 2021 at Jezero Crater, the site of an ancient lake and delta. The main focus of Perseverance is biology, while the previous mission focused on geology, Lanza said.

“Life is preserved in the delta deposits,” she said. “We named the landing site for science fiction great, Octavia E. Butler.”

Perseverance is about the size of a Mini Cooper,” Lanza said, adding that part of the rover mission is a helicopter named Ingenuity, which will begin to fly in about a week.

“I love doing this research because Mars looks like New Mexico,” Lanza said.

Mason returned the conversation to earth with a brief look at some of the initiatives LANL is using to support northern New Mexico.

His main focus was the education projects with local colleges. He highlighted the radiation protection degree program with Northern New Mexico College, which is already producing graduates—about 40 per year. An engineering machining program at Santa Fe Community College also is underway, as well as a program for LANL technicians who want to earn an engineering degree through UNM-Los Alamos.

One interesting program is the craft trades program with Taos and Questa high schools.

“Students will be able to transition to apprenticeships after high school,” Mason said. “We’re looking to expand this program to high schools in Santa Fe.”

The Lab is opening two sites in Santa Fe. The first will house around 75 staffers and promote community access to the Lab and host workshops and meetings. The second will house 600 employees and departments such as human resources, finance, etc., which do not require access to the main Laboratory site in Los Alamos, Mason said. Many of those working at this site will be telecommuting part of the time, sharing their space with other employees.

Among the benefits LANL brings to the state are $1.3 billion in salaries and $486 million in contracts with New Mexico businesses, Mason said. The Lab expects to hire around 1,100 new employees this year. In 2020, 75 percent of new hires were from New Mexico.

Mason expects the LANL budget to level off over the next three years after making a big jump in FY21.

“With the increased funding, the trust has been expanded and we need to step up,” Mason said 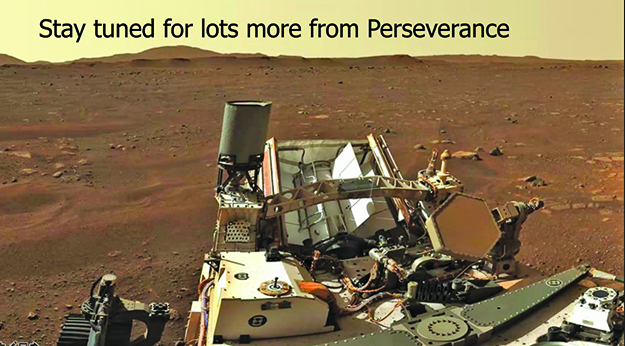