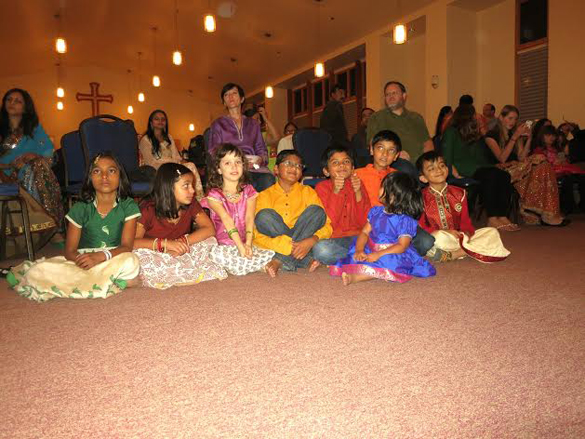 CrSF News:
SANTA FE ― Creative Santa Fe (CrSF) has announced the appointment of Mark Johnson to the Board of Directors.
“While relatively young, Mark is an experienced and successful entrepreneur. The skills that enabled Mark’s success in his various business ventures, namely, an inquisitive mind plus a fresh, challenging, and creative perspective, are fully applicable to the local, national, and global initiatives Creative Santa Fe is now spearheading,” CrSF Board Chair Bill Miller said.
“I joined Creative Santa Fe because it is shining a spotlight on everything I love about Santa Fe: our intellectual resources, our creative spirit, our rich history, and the incredible setting,” Johnson said.
The appointment of Johnson comes at a pivotal point in CrSF’s growth. In addition to local infrastructure projects such as the Santa Fe Arts + Creativity Center, Start Up Santa Fe, and FANTASE, CrSF has been working with national and international partners with the goal of establishing Santa Fe as a key destination for leaders to tackle some of the world’s most challenging issues. This new initiative is titled the Disruptive Futures series.
By leveraging New Mexico’s key assets: art, culture, science, technology, environment, and heritage as a catalyst for new ways to frame and address national and global issues, CrSF is shining an international spotlight on Santa Fe as a key destination for leaders of all ages to study and develop answers to complex problems that affect humankind.
“The addition of Mark’s expertise, background, and entrepreneurial mindset is a reflection of Creative Santa Fe’s continued development as an organization.” Executive Director Cyndi Conn said. “He is already an incredible and integral part of our team and our growth.”
Johnson is co-founder and CEO of Descartes Labs, a company applying machine learning to satellite imagery and building a living, breathing atlas of the world. After meeting a team of renowned scientists from Los Alamos National Laboratory back in 2014, he said he saw the opportunity to create new tools for science and went all in, relocating to the other SF (Santa Fe, not San Francisco) and launching Descartes in early 2015. Under Mark’s leadership, Descartes has significantly changed how the agriculture industry collects, analyzes, understands and makes decisions regarding the Earth’s resources. Descartes has recently been featured in the Wall Street Journal, Forbes and Newsweek Magazine.
Prior to Descartes, Johnson served as CEO of Zite where he helped the company grow from a search startup without a product to a successful personalized iPad magazine. Johnson sold Zite to CNN five months after the company launched and eventually sold Zite out of CNN to Flipboard in March 2014. Before Zite, Johnson was a product manager at SAP and then plunged into three successful search startups: SideStep (acquired by Kayak for $180M in December 2007), Kosmix (acquired by Walmart in April 2011), and Powerset (acquired by Microsoft in July 2008). He studied philosophy at Stanford University – in fact Descartes’ name was created by @philosophygeek in honor of René Descartes, the father of modern western philosophy.
In addition to Johnson, Creative Santa Fe’s Board of Directors includes Bill Miller, Joel Barber, Angela Martin, Charles Moore, Victoria Mora, Jim Patterson and Sandy Zane.
For more information, visit www.creativesantafe.org.
Menu
Los Alamos
59°
Fair
5:57am8:05pm MDT
Feels like: 59°F
Wind: 6mph W
Humidity: 19%
Pressure: 29.99"Hg
UV index: 0
MonTueWed
66/45°F
61/45°F
70/50°F
Weather forecast Los Alamos, New Mexico ▸