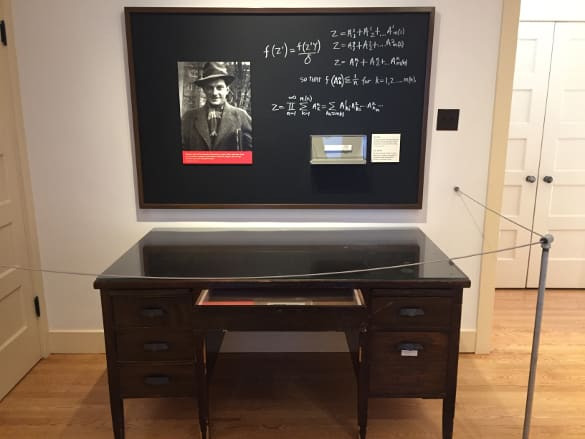 Mathematician Stanislaw Ulam is featured in a display in the Hans Bethe House, part of the Los Alamos History Museum. Courtesy photo 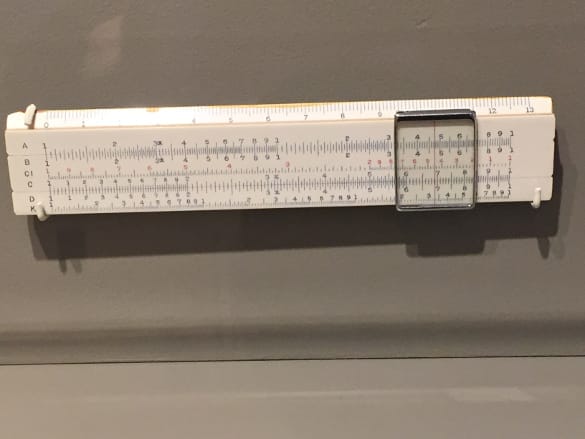 By HEATHER MCCLENAHAN
Los Alamos Historical Society
Stan Ulam may be one of the least known of the leading Manhattan Project scientists. A Polish-born mathematician, he was working as an assistant professor at the University of Wisconsin-Madison, when he received a letter from physicist Hans Bethe, inviting him to join a wartime project near Santa Fe, NM. He would spend most of the rest of his career working on complex nuclear problems or mathematical issues related to them, such as high-capacity computing.
As part of the Manhattan Project, Ulam, with John von Neumann and others, made the necessary mathematical calculations for the development of the “Fat Man” implosion weapon.
“I was struck by the well-known American talent for cooperation, the team spirit,” Ulam said of the Manhattan Project in his autobiography. “It is difficult to describe for the general reader the intellectual flavor, the feeling, of a scientific ‘atmosphere.’”
Ulam was a huge fan of chess. Looking through “The Bulletin,” a news sheet put out three days each week by the army during the project, Ulam, with his mathematical skills, was almost always listed as the winner of the chess tournaments on the Hill.
After the war, he accepted a position as associate professor at the University of Southern California, but an acute attack of encephalitis required emergency brain surgery and precipitated a long recovery. It was during that time, playing endless hours of solitaire, that Ulam conceived ideas, which contributed to the Monte Carlo method, a form of analysis that uses computer-generated random numbers to obtain a solution based on probabilities.
Later, Ulam would return to Los Alamos, where he worked with Edward Teller on calculations for the hydrogen bomb. Ulam and Teller disputed for many years over who was most responsible for the development of the “super,” as the hydrogen bomb was known. Most scientists agreed that they shared credit for the concept.
As Hans Bethe noted in the book In the Shadow of the Bomb: Bethe, Oppenheimer, and the Moral Responsibility of the Scientist, “[R]eporters started to call Teller the father of the H-bomb. For the sake of history, I think it is more precise to say that Ulam is the father, because he provided the seed, and Teller is the mother, because he remained with the child. As for me, I guess I am the midwife.”
Throughout his career, Ulam authored more than 150 papers on mathematics as well as numerous books, including his autobiography. He worked in academia as well as serving as a consultant for the laboratory during summers, and throughout his life, he loved the climate and vistas of northern New Mexico.
In the 1960s, Ulam complained to his Los Alamos secretary that Nobel Prizes were not awarded for mathematics. Had they been, he surely would have been awarded one for his incredible contributions to the field. Ulam died in Santa Fe in 1984 at the age of 75. His slide rule, which he used for many of his historic calculations, and the desk in which he wrote the quote at the top of this article are on display in the Harold Agnew Cold War galleries in the Hans Bethe House, a part of the Los Alamos History Museum.
Learn more about Stan Ulam in his autobiography, Adventures of a Mathematician, which is available at Mesa Public Library, or from his oral history interviews on the Voices of the Manhattan Project website, www.manhattanprojectvoices.com.
Menu
LOS ALAMOS