Louis Santoro Insurance Agency Is All About Teamwork 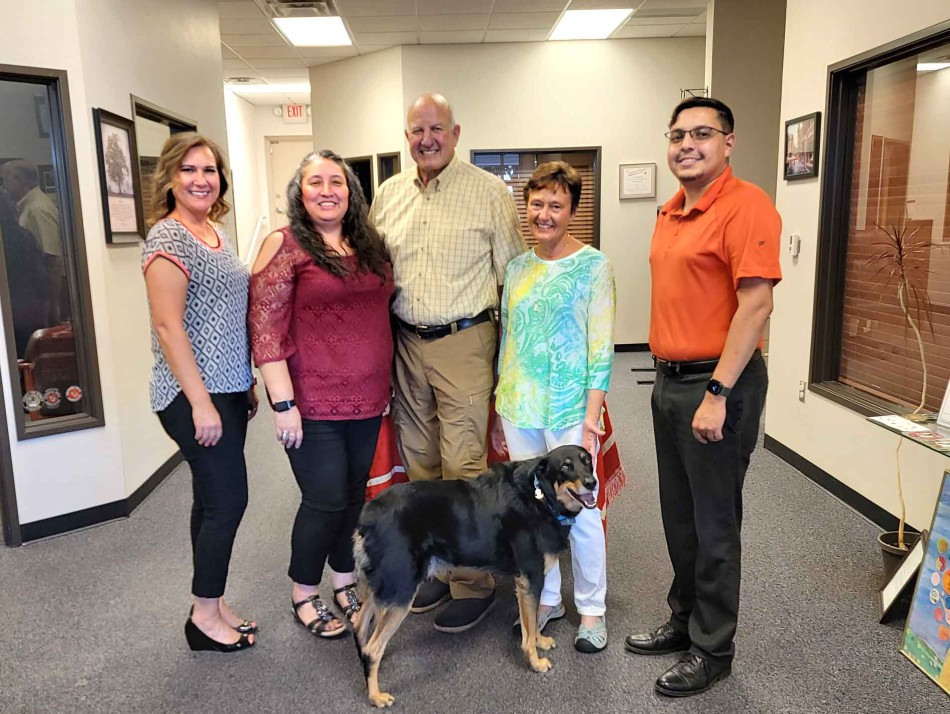 Closer to home, the Louis Santoro Insurance Agency is celebrating its 19th year of business in Los Alamos.

“After I retired as a State Farm Vice President, in 2003 a friend asked me to help out in Los Alamos for a couple of years because two agents there were retiring,” Lou said. “those two years have gone by so fast it has now turned into the 19th year. I’ve got no plans to retire. I don’t consider this work.”

Lou grew up in a New York City orphanage, which he credits with his strong worth ethic and will to succeed. The orphanage was created in 1876 by Fr. John Christopher Drumgoole, who purchased the 138-acre Bennett farm, four adjacent farms, and property fronting the Raritan Bay in an area between Pleasant Plains and Tottenville. In total, Mount Loretto comprised about 400 acres and was home to 800 children. Mount Loretto was formerly the largest childcare institution in the U.S.

After high school graduation Lou left the New York to attend college in the mid-west. During college, Lou went to work as an intern at a local insurance Agency. He realized he’d found his calling. Lou joined State Farm in 1977.

“I have always appreciated the company,” he said. “They’ve been great to work for.”

A highlight of his career is qualifying as a member of the Lifetime Presidents Club. This effort requires the agent to finish in the top 50 agents from a field of 18,000 agents each year for five consecutive years.

When Lou opened his agency in 2004 his core belief was to create awareness on the various needs for insurance and be more than just a sales organization. In other words empower his clients in their decision-making process versus just selling them a product. With this philosophy he developed his team to do the same. Through the years three of his team members have gone on to become State Farm Agents.

Lou met his wife Pat in 1968 and married in 1971 while in college. She’s been his partner in business and in life since then. Pat has been very involved in the Los Alamos business since it opened. She said that meeting people from different cultures is her favorite part of the business.

Pat first knew Lou was the one for her when they happened to be at a college dance at the same time.

“The fellow I was with didn’t want to dance, just talk,” Pat said. “Lou came up to me and asked me if I wanted to talk or dance, I told him I wanted to dance so off we went, and we’ve been dancing since 1968.”

Pat said that Lou is a friendly, outgoing person and he likes helping people.

“The number one compliment I get is on my team,” Lou said. “I strive to personally hire the right team and then develop them, we hire attitude, then teach aptitude.”

The agency is more than a job to the people who work here. All of them stressed that their team is a family.

“I enjoy what I do,” Marcella said. “We’re a family. Customers come in, we treat them like family, too. Lou is so supportive. When life happens, we all support each other. Lou has been my mentor. He taught me how to manage and how to be patient with people. I’m here and I’m not going anywhere.”

Juan Martinez met Lou when he was 11 years old.

“Lou would pay me to clean the office,” Juan said.

“I enjoy working here,” he said. “Lou is very supportive. I enjoy educating the clients about their insurance needs. The team is a family.”

Michelle Koller has been at the agency since September 2016.

“I enjoy helping the clients and creating awareness about their insurance needs,” she said. “When our clients purchase life insurance, it’s great to know the client is confident in purchasing a product that their family will be taken care of in time of need.”

State Farm’s slogan “like a good neighbor State Farm is there” and the team strives to live by that every day. 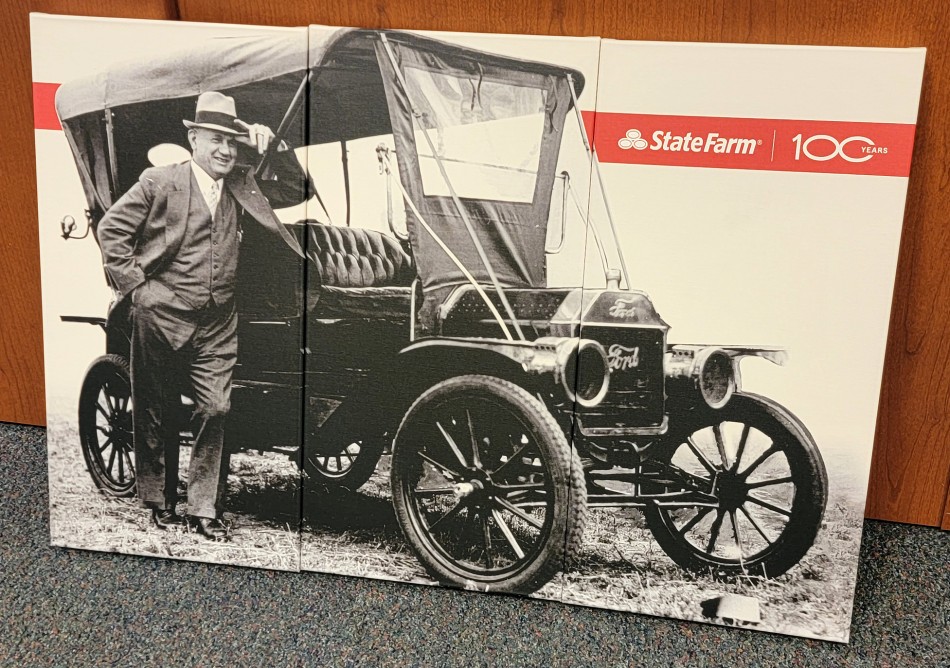 State Farm Founder George J. Mecherle with the first car he insured 100 years ago. Mecherle was a farmer who became an insurance agent and founded State Farm after becoming dissatisfied with the insurance rates charged to farmers, as those rates included the risks of city drivers. ‘If I can sell one policy, I can sell a million,’ Mecherle said. Courtesy image/Louis Santoro Insurance Agency