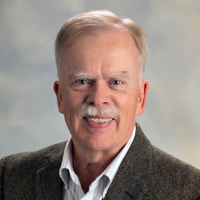 Los Alamos Board of Public Utilities (BPU) recommended at its meeting Wednesday that Los Alamos County continue to participate in the Carbon Free Power Project (CFPP).

The BPU voted to recommend Council approve continuing the County’s subscription in the CFPP. Board member Steve Tobin abstained, and board member Eric Stromberg was absent.

Several board members voiced their support for remaining in the project.

“If the last year has taught us much it is the future looks more uncertain than ever and I am a little less concerned about the price point right now …  in terms of the market … I would certainly prefer investing in state or regional resources but this is also a fraction of our load – can we do both,” Board member Carrie Walker said. “I think there is room to do both. And I definitely do not want to send this signal that we are not interested in doing that. I would not want to send that signal to staff; I think we can be clear about that, that we want to do both …”

“I think that when you look at costs, when you look at safety records and you look at the fact of nuclear being a firm, dispatchable source of power … I think nuclear has to be one of the components in a balanced energy system in this nation,” Board Chair Cornell Wright said. “And I think it is good for the world for the U.S. to show leadership to the rest of the world … this is an opportunity for our nation to show some technological leadership. Secondly, when I look at the County… they need a certain amount of dispatchable power … we’ve seen spikes that have cost us dearly … I think the problem is just going to get tougher down the road. I think a firm power commitment is a good a thing for the department in the County. Finally, I look at the project and I see a lot of things that are positive …  I think at this point in time … the right thing for the County and for the board to do is to approve remaining in the project.”

The CFPP is a proposed nuclear power generating facility to be built at the Idaho National Laboratory using first-of-a kind small modular reactor technology developed by NuScale Power, according to a County press release.

The press release further states that the facility is slated to be operational in 2030. DPU has been involved in the project since 2015. Additionally, the project is being negotiated between the Department of Energy, NuScale Power and the Utah Associated Municipal Power Systems (UAMPS), which is a joint action governmental agency comprising of multiple municipal-owned utilities – 28 of which are participating in the CFPP.

While there is no change in the number of subscribers, there has been an increase in letters of interest to joining the project. Department of Public Utilities (DPU) Manager Philo Shelton told the Los Alamos Daily Post Thursday that the increase came after the Department of Energy awarded a $1.355 billion grant for the CFPP, adding that this is a multi-year grant award.

DPU Public Relations Manager Julie Williams-Hill told the Los Alamos Daily Post that if Council decides to continue in the project, the County is committed to an investment cap of $1.26 million to keep the CFPP as an option for a future resource. To stay within this cap, the DPU reduced its subscription to 1.86 megwatts with a new target price of $58 per megawatt hour. Originally the cost was $55 per megawatt hour. By the end of this current phase the County will have an opportunity to increase its subscription to the appropriate level.

There have been other changes to the project, Williams-Hill said. For instance, the CFPP reduced the number of small nuclear module reactors at the plant from 12 to six. Also, the capacity of each Nuscale module will be increased to 77 megawatts per reactor for a total plant capacity of 462 megawatts.

DPU entered the CFPP as an option to diversify its energy generation portfolio with firm, carbon-free energy and to meet a BPU goal for the DPU to be a carbon-neutral power provider by 2040, according to the County press release. It also will be leaving the San Juan Generating Station next year, which is a coal plant that provided electric power to the County for many years.

Shelton pointed out that having a variety of energy resources is important.

“I can say the Integrated Resource Plan looks to have a multitude of energy resources,” he said. “You don’t want all your eggs in one basket.”

The great thing about nuclear power, Shelton added, is that it is dispatchable, unlike wind and solar energy, which are dependent on weather conditions.

“At this point having dispatchable power is an important part of the Carbon Free Power Project,” Shelton said. “…that is the benefit of nuclear power – it is available 95 percent of the time.”

It also can give the County greater independence from purchasing energy from the market, which can fluctuate in price and often is generated from fossil fuels, he said.

Deputy Utility Manager Steve Cummins pointed out that the recent heat dome event in the Pacific Northwest caused an increase in power demand, resulting in transmission congestion throughout the west as utility providers scrambled to find power to serve their customers. Consequently, the market price of electricity skyrocketed to $1,750 per megawatt hour, he said.

The County’s objective, Cummins said, is to have the right mix and quantity of generation resources to reduce the County’s exposure to a volatile energy market and to ensure reasonable electric retail rates for its customers, while still taking advantage of market conditions when favorable.

Shelton said that the County is taking steps to exit the San Juan Generating Station, a coal-fired plant, in 2022. DPU plans to replace this resource with clean energy. Most recently, DPU entered into a Power Purchase Agreement for 15 megawatts from the Uniper project, which provides energy from wind and solar projects in New Mexico.

If Council decides to approve the BPU’s recommendation, Shelton said that UAMPS on behalf of the project participants will continue to develop all the information needed for the Combined Operating and Licensing Application for this resource option.

Meantime, the County will continue to work on updating its Integrated Resource Plan to determine the best mix of resources to serve the County’s load as it moves toward the 2040 carbon neutral goal.

But is there a plan B if council decides to no longer proceed with the CFPP?