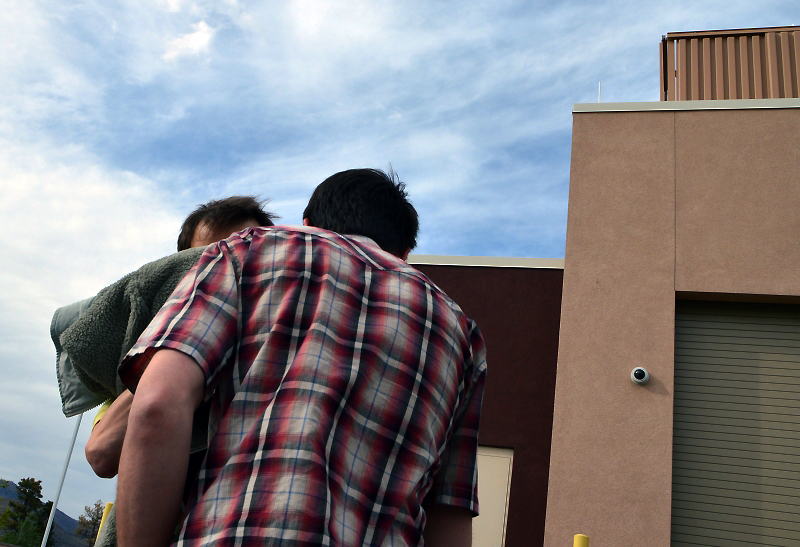 A family friend shields Los Alamos urologist Pavel Mourachov, left, outside the jail late today from being photographed following his release. Photo by Carol A. Clark/ladailypost.com 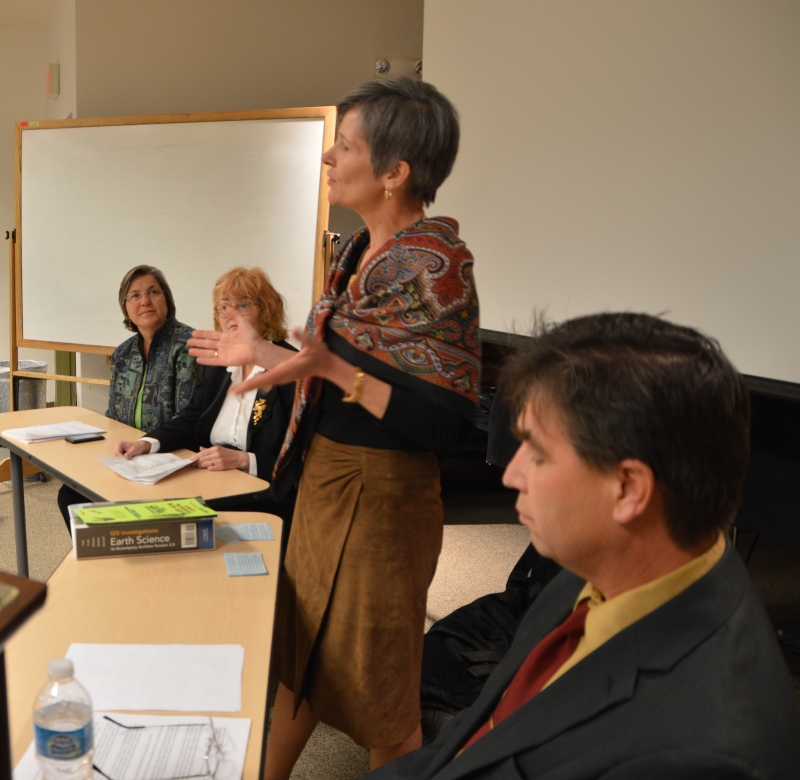 A family friend leads Pavel Mourachov, left, to an awaiting truck following his release late today from jail. Photo by Carol A. Clark/ladailypost.com

Police arrested Mourachov, 41, May 22 in the parking lot of Los Alamos Medical Center on West Road and charged him with two counts of aggravated assault against a household member with a deadly weapon, extreme cruelty to animals and harassment.

“Mr. Mourachov does not have any actual cash assets at this point and his business is in substantial debt,” attorney Elden Pennington said in court today as he asked Magistrate Judge Pat Casados to lower Mourachov’s bail.

District Attorney Valencia expressed concern about lowering bail saying Mourachov has had a number of run ins with police and based on his behavior, there is worry that he wants the police to harm him.

“What we have here is someone who can be unpredictable … dangerous,” Valencia said.

Pennington told the judge, “A lot of this is stemming from a relationship with his wife that has fallen apart.”

Casados tied Mourachov’s release to a number of conditions and warned him that she would issue a bench warrant for his arrest if he violated her orders.

Those orders forbid Mourachov from contacting his estranged wife, her family or neighbors who live around Mourachov’s El Conejo home. The judge also told Mourachov that he is not to consume alcohol, enter a liquor establishment, ingest or possess narcotics, write himself prescriptions, possess firearms or bow and arrows, or get into any trouble with the law – and no traffic tickets.

Casados also ordered Mourachov to wear an active GPS monitoring device and restricted his movements to visiting his attorney, the courthouse, Smith’s Food and Drug Center, his Santa Fe medical office Mondays and an Albuquerque hospital once a month. The judge informed Mourachov that Los Alamos Medical Center obtained a no trespassing order against him. She granted him permission to enter his office at LAMC through the rear door only and forbid him from walking around inside the hospital beyond his office.

Los Alamos Medical Center issued a statement Thursday that Mourachov is not an employee of LAMC and has had a limited practice at the hospital for some time, adding that his medical privileges have been suspended.

Casados also advised Mourachov, “Your dogs have been taken to the animal shelter and will remain there until this case is taken care of.”

A preliminary hearing will be scheduled as the next step in the process for Mourachov. Casados told him his innocence or guilt does not need to be proven at that hearing but rather the fact that sufficient evidence exists that a crime was committed. If convicted, Mourachov faces 18 months in jail and/or a $5,000 fine on the two counts of aggravated assault against a household member with a deadly weapon – a 4th degree felony. He is facing up to 354 days in jail and a $500 fine on the extreme cruelty to animals and harassment charges. 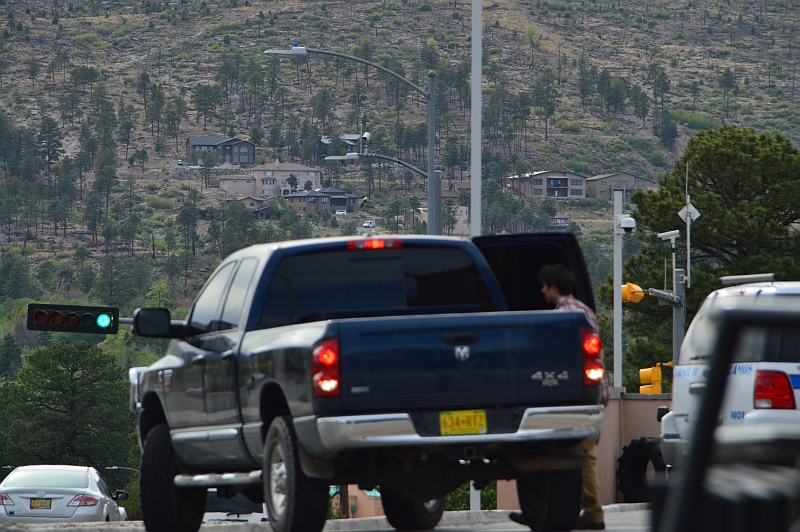 Pavel Mourachov got in this pickup following he release from jail late today and was driven away. Photo by Carol A. Clark/ladailypost.com