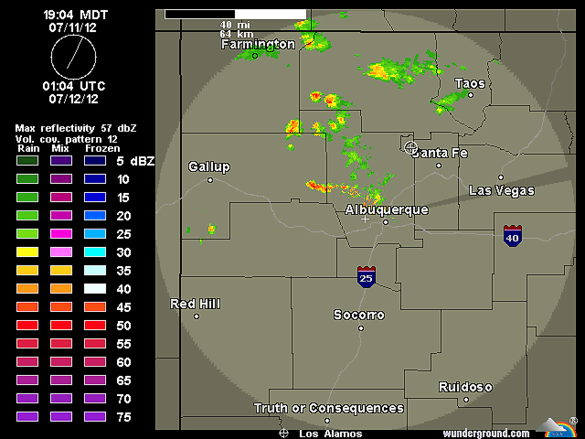 At 5:24 p.m., the National Weather Service Doppler radar continued to indicate a moderate rain continuing over the Las Conchas burn scar … but intensity was trending down.

However … very heavy downpours had occurred over the northern half of the burn scar and rapid runoff and flash flooding is expected to continue.

Flash flooding of State Highway 501 southwest of Los Alamos is expected with radar estimates of one and one half inches over the past hour there.