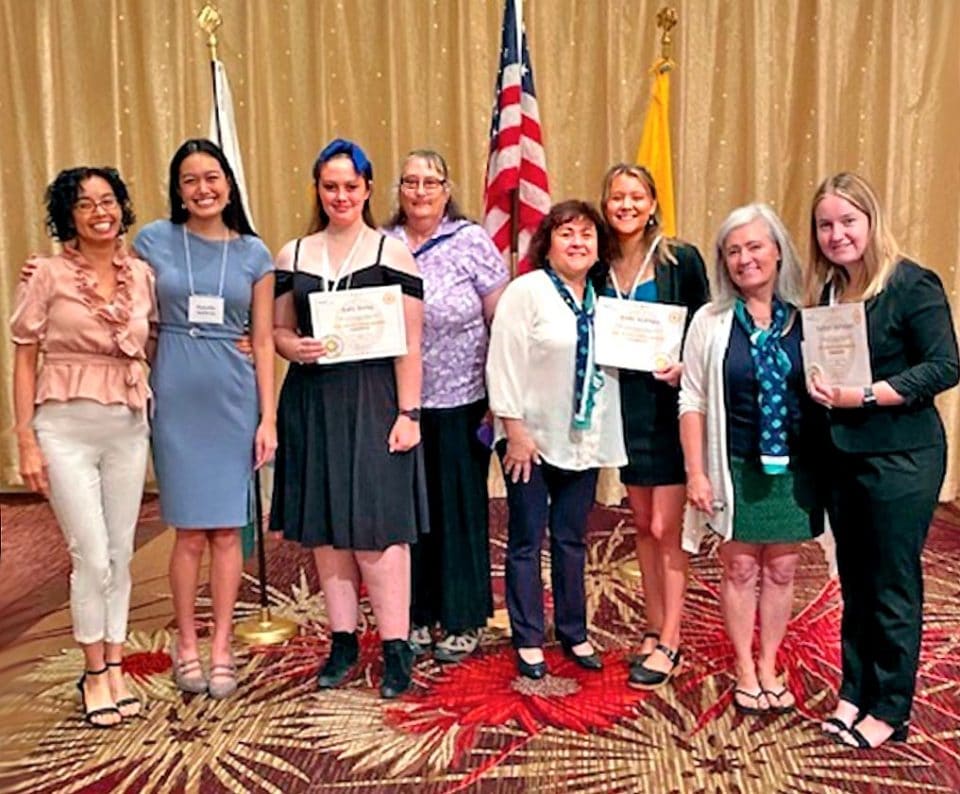 Five members of Los Alamos Girl Scout Troop 116 received their Gold Awards over the past two to three years, but due to COVID-19 restrictions, were unable to be honored in person until this past summer. On July 25, these five Girl Scouts from Troop 116 were celebrated at a luncheon in Albuquerque with Girl Scouts of New Mexico Trails CEO Rebecca Latham.

As 5th graders, Troop 116 earned their Bronze Award in 2012 when they organized a drive to collect “lightly loved” stuffed animals, which they washed, tagged and donated to the Española Hospital emergency room, a project, which they continued for a number of years.

As 7th graders in 2014, they earned their Silver Award for organizing Rocket Day as part of Los Alamos ScienceFest. With the help of retired LANL scientist Robb Hermes, the Girl Scouts trained sixth grade students in the Los Alamos Public Schools (LAPS) to assemble model rockets donated by the Zia Spacemodelers Club, which were launched at Rocket Day. Former NASA shuttle astronaut John Phillips helped Troop 116 make Rocket Day a soaring success. Troop 116 also competed in First Lego League challenges. With their Coach Karen Doebling and the help of many parent volunteers, they traveled to LegoLand in California and enjoyed the competitions.

Engineering a Solar-Powered Helicopter Pad – Pajarito Mountain Ski Area
Aulwes constructed a solar-powered helicopter pad for the Pajarito Mountain Ski Patrol. She also hosted a STEM workshop day of coding for girls in Los Alamos. Aulses was named one of 10 National Gold Award Girl Scouts in 2020 and earned a $20,000 scholarship.

Troop 116 co-leaders Nan Holmes and Ryn Herrmann are proud of the Gold Award winners, and of all of the girls who were part of Troop 116 over the years.

“Thanks to all of the parents who helped make Troop 116 fun,” they said. “And thanks to the Los Alamos community for supporting Girl Scouts by buying cookies!”

Holmes and Herrmann also thank Sheila McCleese who served as the troop treasurer for many years.

“We could not have done this without Sheila,” Nan said.

So world, look out for these remarkable young leaders. They have earned their Gold Awards and are ready to continue making a difference!