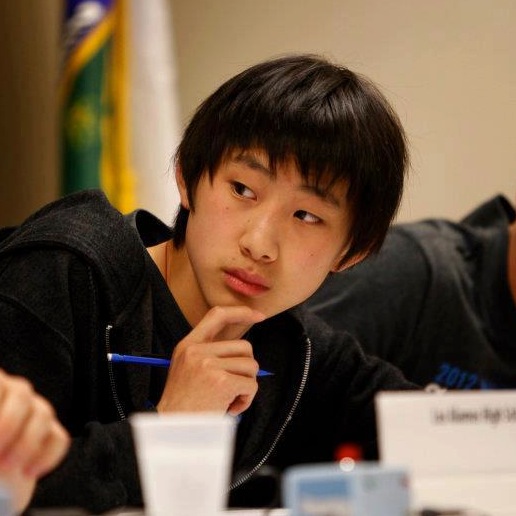 The competition will be broadcast live: http://www.livestream.com/wwtbam2013

Fast Facts about Wang: He is one of two sophomores to qualify for the 2013 national “Who Wants to Be a Mathematician.” In addition to being good in math, Wang loves to debate. He plans to use his winnings to pay for trips to national debate tournaments. He says that he can’t wait for summer, because he can “literally sleep all day without repercussions” and in the more distant future, retirement.

Wang was selected for the national “Who Wants to Be a Mathematician” based on his score on a qualifying test with questions on algebra, trigonometry, probability, and math history, which was administered by high school math teachers nationwide.

“Who Wants to Be a Mathematician” fun to the nth power! This is the fourth year for the national contest. The AMS has been doing regional contests at universities and science centers from Boston to Hawaii since 2001. In the contest’s history, nearly 600 students have won more than $250,000 in cash and prizes and have been cheered on by approximately 20,000 classmates.