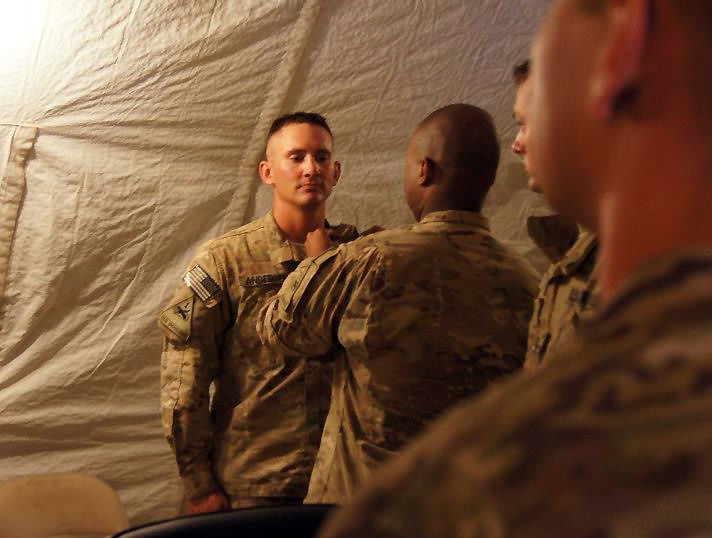 Micah Jay Andersen of Los Alamos during a ceremony in Afghanistan in which he was promoted to 1st Lieutenant. Courtesy photo

On June 1, 2013, First Lieutenant Micah Jay Andersen formerly of Los Alamos was severely injured by an improvised explosive device (IED) while leading his platoon on a mission near Kandahar Afghanistan.

Andersen lost both legs above the knees. One soldier was killed and six others injured in the attack that included multiple IEDs. Andersen was assigned to the 1st Battalion, 36th Infantry Regiment, 1st Stryker Brigade Combat Team, 1st Armored Division stationed at Ft. Bliss, Texas and currently deployed in Afghanistan.

Andersen is the son of Brenda and Jay R. (Skip) Andersen of Los Alamos and the husband of Linzi Bommarito Andersen and father of seven week old Jay Salvatore’ Andersen of Boise Idaho. Andersen is currently in San Antonio, Texas. He will not be receiving calls or visitors other than immediate family for several weeks. Andersen’s son Jay was born at the end of April 2013 and Andersen has not seen or held his first son as of this date of this article. Andersen will be assigned to Fort Sam Houston for his recovery and rehabilitation, which is expected to take more than a year.

Andersen is a graduate of Los Alamos High School where he was a member of the Los Alamos High School Junior Reserved Training Officer Corps (JRTOC). In 2011 he graduated from Boise State and received his commission as a US Army Officer, Armor Branch. Prior to attending Boise State, Andersen served for three years in the US Army. He completed basic and advanced individual artillery training at Fort Sill, Oklahoma, then served as a crewman on the testing team for the military’s new heavy portable artillery, and spent a year as an NCO in Iraq protecting convoy’s from Al Taji to Baghdad. Skip Andersen, his son Justin, and daughter Venecia are veterans and Andersen’s uncle, David Youngblood is a Lieutenant Colonel in the United States Army is currently serving at the Pentagon.

The Los Alamos American Legion Post 90 and the American Legion Riders Chapter 19 have organized a Micah Andersen Family Support Organization in order to support the Andersen family to defray the expenses for Andersen’s recovery, rehabilitation and return to full mobility not covered by the US Army, the VA or other official organizations.

The American Legion is asking all those community citizens who want and desire to rally and support the Micah Andersen Family Support Organization to donate what is in their hearts to the: Micah Jay Andersen Medical Fund – that has been established for Micah and the family. Donations can be made at any branch of the Los Alamos National Bank or by mail at: Los Alamos National Bank, PO Box 60, Los Alamos, NM 87544, by asking for a deposit to be made to the: Micah Jay Andersen Medical Fund. 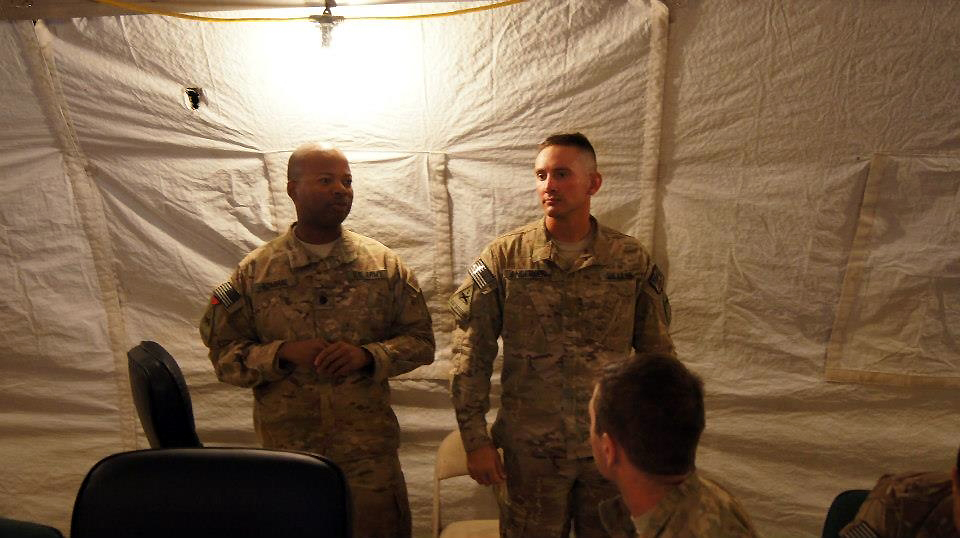