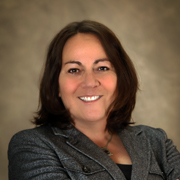 “GSA welcomes Dr. Mora and we are confident that she will provide excellent guidance and representation to the Society and its members,” GSA Executive Director Vicki S. McConnell said.

Mora joined Los Alamos in 2007 and established a stable-isotope analytical laboratory that has supported programs in climate science, biofuels, forensics and nonproliferation. Prior to joining the Lab, she was the first woman on the University of Tennessee-Knoxville geoscience faculty, where she was head of the Department of Earth and Planetary Science for 18 years and won awards for research, teaching and leadership.

“This is a really great testament to Claudia’s impact and contributions to the geosciences,” said Andrew Wolfsberg, EES deputy division leader. “Claudia is extremely committed to advancing state-of-the-art science and promoting the amazing contributions that her colleagues, peers and students are making. She is widely recognized in the community for her work and her enthusiasm; she will have a terrific impact as president elect then president of GSA.”

Mora also has contributed significantly to studies of crustal fluid-rock interaction at high temperatures and pressures, where her application of secondary ionization mass spectrometry for stable-isotope analysis helped define the rates and scales of crustal rock alteration.

The Geological Society of America is a global professional society with more than 27,000 members in 115 countries. Mora has served GSA since 1993 on multiple leadership committees and as a councilor, and she will serve a three-year presidential cycle.

In addition to her GSA service, Mora previously served on the National Research Council Board on Earth Sciences and Resources, the National Science Foundation Geoscience Advisory Board and the U.S. National Committee for Soil Sciences.