Aug. 7 at 2:20 p.m. / Police charged a 17-year-old Los Alamos girl at 535 Central Ave., with forgery. She was referred to the juvenile probation officer and released to her parents.

Aug. 9 at 3:40 a.m. / Police charged a 17-year-old Los Alamos boy on 42nd Street with aggravated assault. He was referred to the juvenile probation officer and released to her parents.

Aug. 9 at 7:51 p.m. / A 32-year-old Los Alamos woman reported that she was the victim of forgery on Walnut Street. The estimated loss is unknown.

Aug. 11 at 12:15 a.m. / Police arrested Alexander Gentry, 19, of Albuquerque on 41st Street and charged him with criminal trespass.

Aug. 12 at 12:23 a.m. / Police served Fernando Rodriguez, 31, of Los Alamos in the jail with an outstanding Municipal Court warrant. 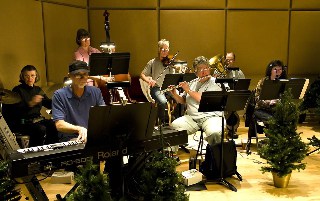 Aug. 12 at 1:02 p.m. / Police arrested William Vonharders, 37, of Los Alamos on Alabama Avenue and charged him with criminal damage to property. The estimated damage is less than $1,000.

Aug. 13 at 6:04 p.m. / A 36-year-old Santa Fe man reported that he was the victim of identity theft on Trinity Drive. The estimated loss is unknown.

Aug. 13 at 9:57 p.m. / Police arrested Martin Dominguez, 38, of Los Alamos on East Jemez Road and charged him with possession of a controlled substance.